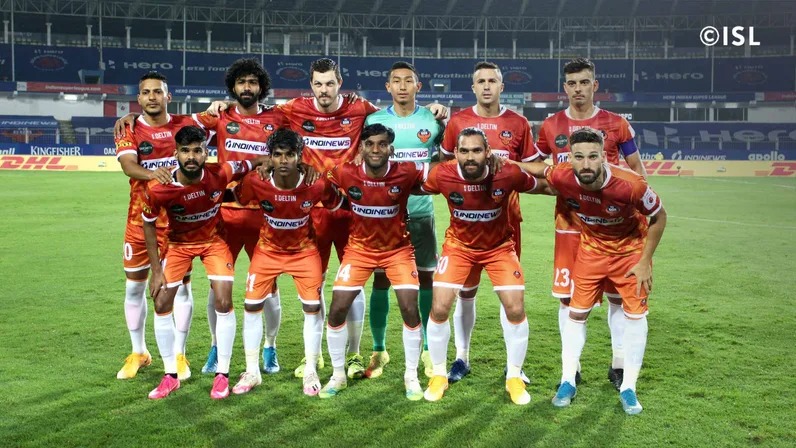 The Gaurs created history in 2020 when they became the first-ever Indian side to qualify for group stages of the AFC Champions League after clinching the top spot in the Hero Indian Super League last season.

FC Goa’s historic maiden voyage into Asian continental football was given further shape in January as they were drawn into Group E of the 2021 AFC Champions League alongside defending West Region champions Persepolis (Iran),  Al Rayyan (Qatar), and the Winners of Play-off West 4 that will be between UAE’s Al-Wahda and Iraq’s Al-Zawraa.

The Gaurs’ historic campaign in the 2021 AFC Champions League is all set to take off on April 14, 2021, against Al Rayyan. The former ISL Shield winners will then take on the Winners of Play-off West 4 (between UAE’s Al-Wahda and Iraq’s Al-Zawraa) on April 17 before squaring off against the reigning champions of the West Region – Persepolis from Iran on April 20.

Juan Ferrando’s men will again square off against Persepolis three days later on April 23 before finishing off the group stages with games on April 26 and April 29 against Al Rayyan and Winners of Play-off West 4 respectively.

The full schedule of the group stage for FC Goa is as follows: 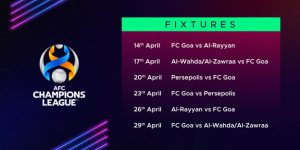 Goa has successfully hosted the Hero Indian Super League this season so far with 114 of the 115 games scheduled already completed.

Also Read:Chennai City FC get back to winning ways with victory over Indian Arrows