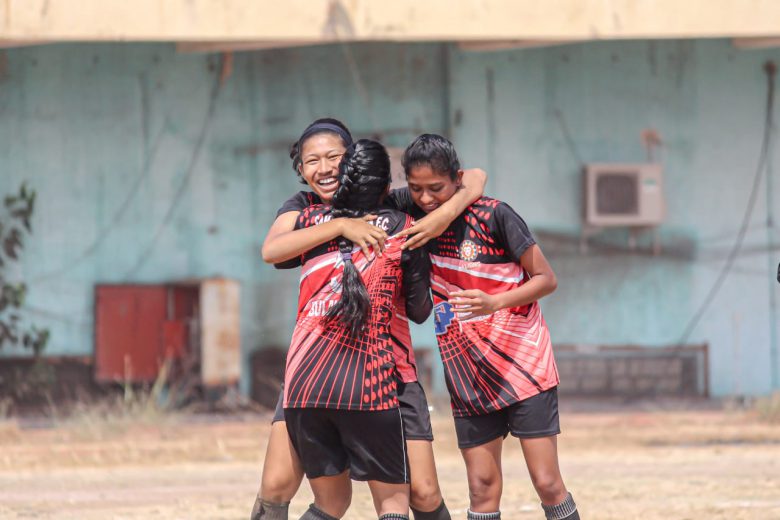 On Matchday 3 of the WIFA Inter District Women’s Championship, Pune, Mumbai, Buldhana and Kolhapur qualified from the Quarter Finals.

In the opening battle between Pune and Jalgaon, Pune opened the scoring midway through a perfect long shot by Sayali K. It looked easy for Jalgaon to come back until Pune scored 3 more goals in the second half to seal the victory. Kalyani D, Sai K and Saddhi B scored 1 goal each in the second half.

Mumbai scored two times in the first half and it looked like Mumbai will go through easily. But Gondia stopped Mumbai’s lethal attacks in the second half to keep the score the same as half time. Gondia pushed hard for goals but Mumbai’s defense was in full form!

The third encounter was a perfect example of two strong competitors trying their best to go further. In the first half, Thane and Buldhana both netted the ball once, both the teams looked in good shape to score more and more. Thane tried hard but Buldhana won in a 7 goal thriller, where Thane had expectations until the last minute to level the score, but Buldhana’s defense did their job well. Paromita C scored an exceptional hat trick for Thane.

From the very first minute, Kolhapur dominated over Bhandara. Kolhapur scored a total of nine goals in the match, in which seven goals were scored by Pratiksha M as she converted every chance she got. She is now the top scorer in this tournament and her mind-blowing performance made her the Player of the match. The other two goals were scored by Jyoti D and Mrunal K.