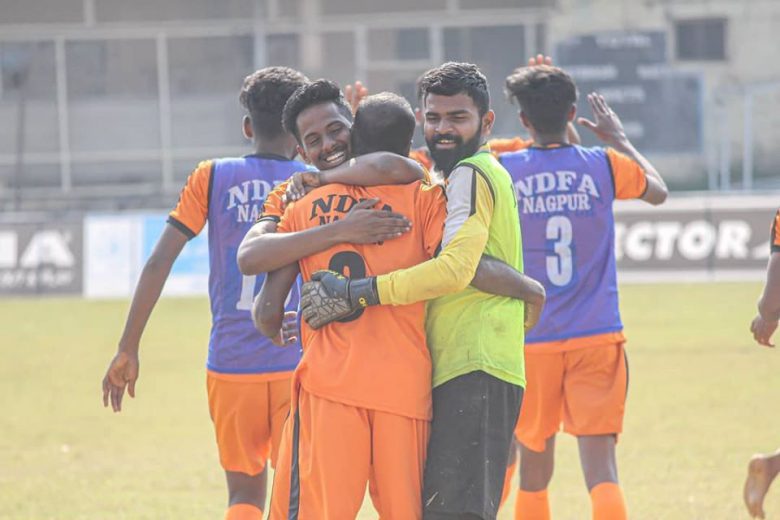 Kolhapur and Nagpur cruised to the Finals of the WIFA Inter-District Open Men’s Championship in front of 10,000+ fans after they got the better of Mumbai and Pune respectively.

In the first semi-final, Nagpur came from behind to clinch a comprehensive win against Pune. An eventful first half saw Pune’s captain Saurabh scoring an early goal at the 7th minute. Nagpur equalised within a few minutes through Yash’s effort. Pune again took the lead at the 21st minute, as Saurabh scored a brace. However, during the dying moments of the first half, Pratik picked up a red card. Pune was down to 10 men. The first half ended in Pune’s favour as they were ahead by a goal. A vulnerable Pune succumbed in front of Nagpur in the second half, as Rohit struck a brace to take Nagpur to the finals.

Hosts Kolhapur eased past Mumbai in the second semi-final clash. Mumbai scored the first goal. Captain Johnson D’ Silva found the back of the net at the 17th minute. The match heated up and Kolhapur faced a huge blow. A nasty challenge by Kolhapur’s defender Arbaj saw him getting a direct Red Card at the 22nd minute. Following which, to everyone’s astonishment, Kolhapur managed to equalise at the 32nd minute. Sanket Salonkhe relieved the hosts as he scored the first goal for Kolhapur. Although Kolhapur was a man down, it never felt like so. Rushikesh handed the lead to Kolhapur at the dying minutes of the first half. Coming to the second half with a solitary goal lead, Kolhapur seemed jubilant. The support from the crowds and Kolhapur’s free-flowing attacks and robust defence kept Mumbai at bay. Indrajeet put the final nail to the coffin at the 65th minute. His towering header from a well put cross from the right flank won the match for the host team.

The final of the WIFA Inter-District Men’s Open Championship is scheduled to kick off tomorrow (9th of February) at 2:00 PM IST in the Rajarshi Shahu Ground, Kolhapur.