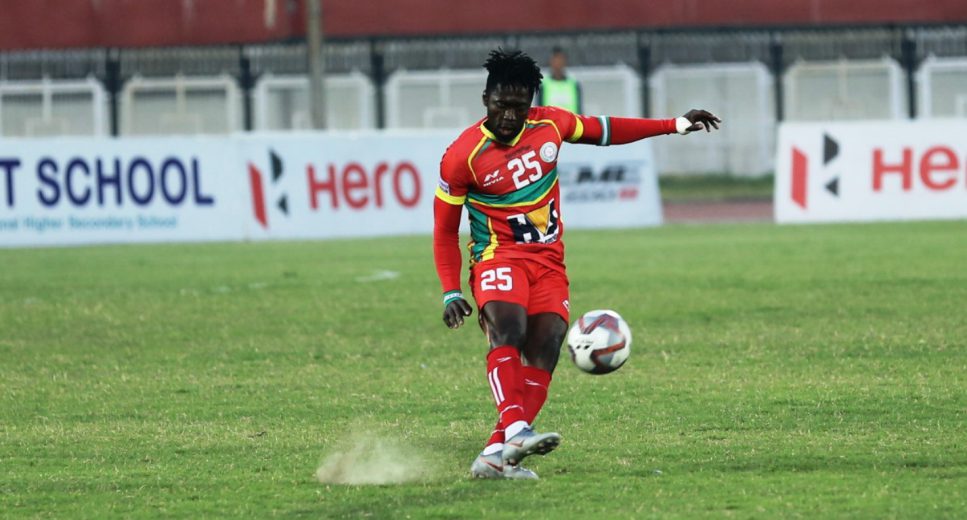 Thanks to the solitary strike of Oguchi Uche from the penalty spot, TRAU humbled Churchill Brothers FC Goa at the Khuman Lampak Stadium in Imphal today (March 4, 2020).

Following the win, TRAU have risen to eighth with 19 points from 16 matches whereas Churchill Brothers FC Goa remain stranded at fourth with 20 points from 14 games.

This win also helped the team from Imphal complete their double over the Goans for the season as they had earlier came out victorious 2-1 while playing at the Fatorda. This win also marked the first victory under coach L Nandakumar Singh after a winless streak of six consecutive matches since the departure of Coach Dimitris Dimitriou.

The first half of the match turned out to be a battle of equals as none of the teams were able to make anything of their attacks. The first half saw mere five shots in total with Churchill Brothers having four of them but none of them were on target. With a ball possession of 49%, TRAU left more job to do in the second half.

The only major action happened when Dawda Ceesay made through the TRAU defence and left the ball for Socrates Pedro to have a go but his shot went well wide of the far post. The first half ended with both teams tied at 0-0.

The second half resumed with the home team TRAU taking the initiative. The first moment of the half came when a dipping volley from distance by Netrajit Singh hit the post of the Churchill Brothers goal in the 47th minute.

TRAU was gaining in confidence with each passing minute in the half. In the 75th minute, a rash tackle on Princewill Emeka Olariche in the Churchill Brother’s box gave the home team a penalty. Oguchi Uche stepped up to take the spotkick and he found the bottom left corner of the net to earn a much-needed lead in the 77th minute.

After the goal, the team in red was looking in firm control as they worked the ball around to keep Churchill Brothers at bay. Finally, a chance came for the Goan outfit when Willis Plaza found himself in a comfortable position but his header went over the bar.

TRAU FC’s Netrajit Singh was awarded the Hero of the Match award.