U-17 Women’s World Cup: Navi Mumbai to host the Finals 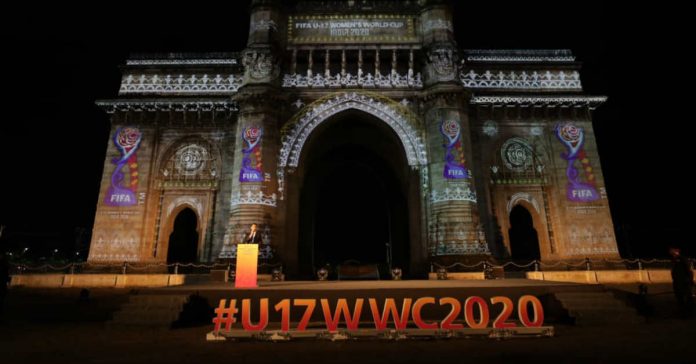 The DY Patil Stadium in Navi Mumbai will host the Final of the FIFA U-17 Women’s World Cup on 21st November. A total of 16 international teams will lock horns to lift the coveted trophy over a span of 20 days in Navi Mumbai.

The FIFA U-17 Women’s World Cup in India will have five host cities including Kolkata, Guwahati, Ahmedabad, Bhubaneshwar, and Navi Mumbai. On Tuesday, 18th of December 2020, the official match slogan and the schedule was unveiled by the FIFA and the Local Organizing Committee (LOC).

The group stage fixtures are slated to be played in four cities – Guwahati, Bhubaneshwar, Kolkata, and Navi Mumbai. The two semi-finals will be hosted in Bhubaneswar and Navi Mumbai while the third place match and the final will be held in DY Patil Stadium in Navi Mumbai.

Sarai Bareman, Chief Women’s Football Officer at FIFA, said: “Today’s announcement of the match schedule, host cities and official slogan for the FIFA Under-17 Women’s World Cup India 2020 represents a major moment for the tournament and football fans across India and around the world.

Hon’ble Minister of Sports and Youth Affairs (I/C), Shri Kiren Rijiju said: “It gives me immense pleasure as I congratulate all the five cities hosting the FIFA U-17 Women’s World Cup India 2020. As India prepares to host yet another FIFA event, I look forward to the support from the whole country in making this tournament a rousing success. Our Indian women’s team will be playing for the first time at a FIFA tournament. It is a proud moment for the nation and we will provide all support to ensure its success”.

Mr Praful Patel, LOC Chairman and FIFA Council Member, added: “The announcement of the match schedule is an important moment on the road to the tournament as we not only know which cities will host what number of matches, but fans too can start saving the dates for the coming November. I am confident that the five Official Host Cities will do a wonderful job hosting the best young footballers in this important tournament.”

It’s time for the girls! The match schedule for the FIFA U-17 Women’s World Cup India 2020 is out. Guwahati to kick off the tournament on the 2nd November and Navi Mumbai will host the finals for this year’s edition. #U17WWC pic.twitter.com/ZSJf7NwXEy