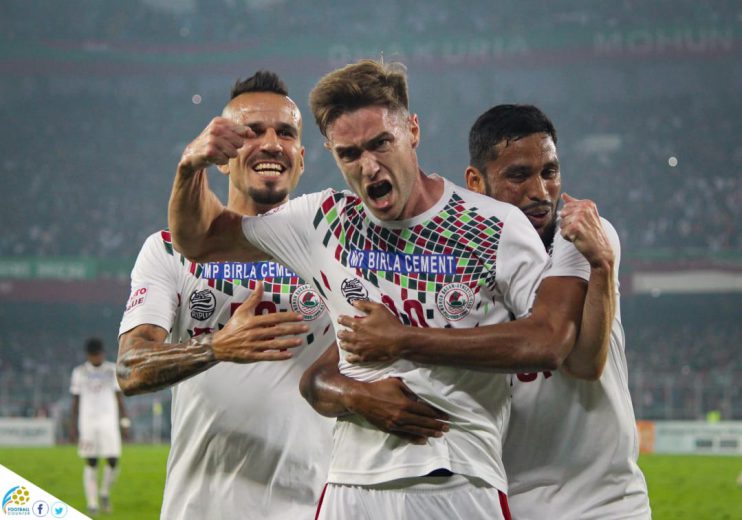 The top two of the 13th Hero I-League season are set to lock horns with serious implications on the line as current league leaders Mohun Bagan prepare to welcome the closest threat to their title surge — Punjab FC.

All roads will lead to the Kalyani Municipality Stadium for this all-important battle of the heavyweights, with kick-off slated for 5 pm. The match will be broadcast live on 1Sports, with online streaming available on the Fancode app and website.

With six points the gap between the two sides, the encounter, in the context of the title race, bears connotations beyond three points.

While the Kolkata giants can retain their six-point lead by simply avoiding defeat, it’s Punjab who cannot afford to lose and fall nine points behind.

“This is a nine-point game for us”, says Yan Law, Head Coach, Punjab FC.

Elaborating further, he added, “We need to win and bring the gap to three points. A draw will also not satisfy us. “

The Ludhiana outfit had their chequebooks ready during the transfer window and have bolstered their squad with the likes of former Indian National Team member Nirmal Chettri, attacking midfielder Alwyn George and former Mohun Bagan skipper Eze Kingsley.

“We’ve worked hard, signed some new players and stabilized the team even more. So we are going all out and make sure we take all three points from this fixture, and make us sure title contenders”, Law concluded.

At the Mariners’ camp, it’s been sunny days as with every match, they have put up strong performances. Mohun Bagan are leading the pack but as is synonymous with every title race, challenges will keep emerging on the way.

The league leaders were without the services of defender Daniel Cyrus against Chennai City, an absence which coincided with them conceding two goals – for the first time in eight games, since their 2-4 defeat to Churchill Brothers, which dates back to 8th December 2019.

Kibu Vicuna, Head Coach, Mohun Bagan provided an injury update on Cyrus and said, “He is feeling better with each passing day but we will reassess and he will play against Punjab only if he is at 100%.”

Speaking on their Sunday challengers, he added, “Punjab is a very good team. They are playing some very good football and have some great individuals. It’s going to be a tough match but we are ready for the challenge.”

The stats make very good reading for Mohun Bagan. In seven I-League encounters between the two sides, Mohun Bagan have won four and drawn two, losing just once during the 2017-18 season, the year Punjab went on to lift the trophy.

On Sunday, however, the only number which would dictate the headline would be the score-line on the top left.