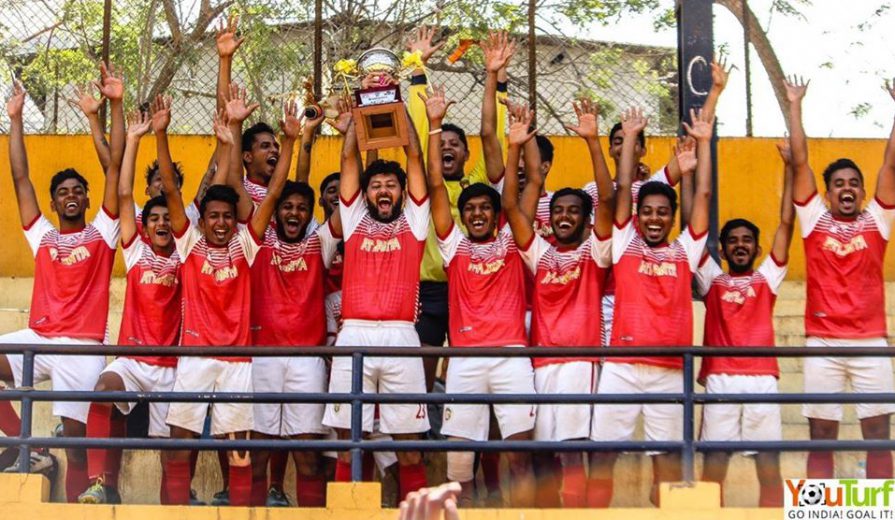 Founded at the start of the decade, Mira Road-based Atlanta FC has made an incredible journey from the lowest tier of Mumbai football to now the top division of the city.

Footballcounter takes a look into Atlanta FC who have made a journey from the third division of MDFA to all the way now in MDFA Elite Division in a decade’s life span.

Before Atlanta FC, Aditya Kerkar and Allen Contractor, two football aficionados and regulars in the Mumbai football fraternity used to play the game together for their local club, participating in various private tournaments. Realizing that there are limited opportunities for youngsters especially in Mumbai’s Mira Road region, which particularly did not have enough clubs, both of them decided to start a club of their own.

Investing from their own pocket, in 2011 both Aditya and Allen got their club registered to play in MDFA 3rd Division, the fifth tier of Mumbai Football. Naming the club Atlanta FC, they had just one simple aim, to give local youngsters a platform to showcase their footballing skills as well as to provide them with proper competitive matches. One of the club goals was to get a Mira road-based team in Mumbai top Division.

In their very first year of competitive football, the club had an excellent unbeaten run. However, having earned too many draws during the league phase, the club failed to accumulate enough points to qualify for the play-offs. Although they remained in the 3rd division after failing to gain promotion, the club had shown enough promise in their maiden campaign.

In 2013, backed by some very talented youngsters, Atlanta FC went all the way to final, lifting the MDFA 3rd division title. So dominating was the performance, that the club went unbeaten throughout the season. The core of that team has so far gone on to become the stalwarts of today’s Mumbai football, representing various top division clubs. Shravan Shetty, who started his career at Atlanta FC, has gone on to play for ONGC while Suraj Negi went on to play for Air India even captaining the side while others included the likes of Ashish Chavan (HDFC), Dylan Ferraro (CBI), and Sumit Salian (Millat FC). 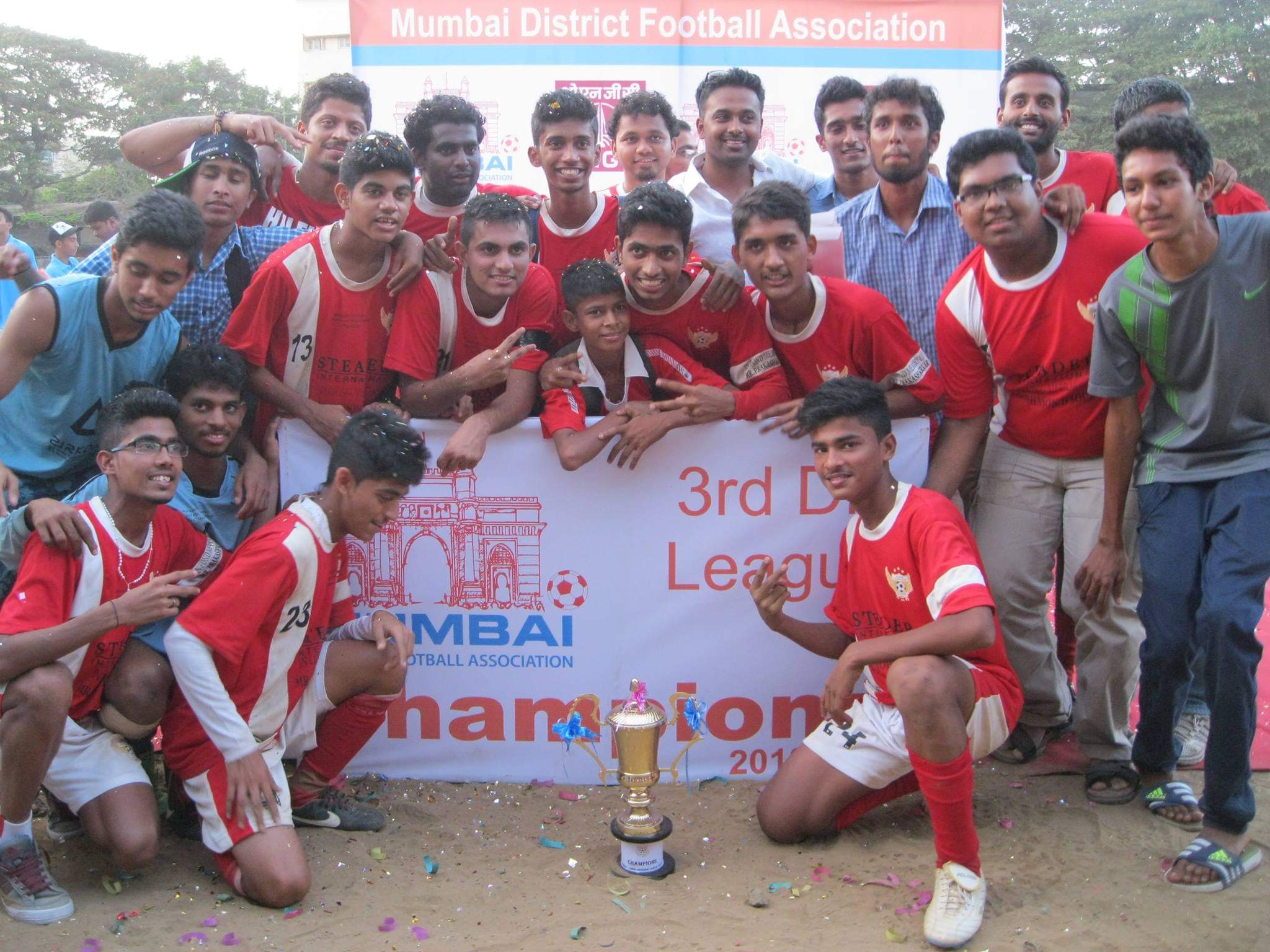 In the 2014-15 season, the club continued its ascend in the Mumbai football pyramid with another excellent run, this time in MDFA 2nd division. The team qualified for a play-off after another unbeaten run, but their journey was eventually halted in the semi-finals, going down 0-1 to Century Rayon. Nevertheless, they had done enough to gain automatic promotion to MDFA 1st division.

After back-to-back promotion-winning seasons, the 2015-16 season saw Atlanta FC hitting a break, having faced some stiff competition in the new division. Atlanta FC spent three years in MDFA 1st division; initially, the club looked to solidify its place in the league but gradually began strengthening the team to challenge for promotion again. In their third year of 1st division, Atlanta FC finally came out with the full force to end up in runners-up position and win promotion to Super Division.

Although Atlanta’s 2018-19 season in the super division turned out to be a tough one, the club did well in the annual cup competition to lift their 2nd major trophy, which came in the form of MDFA Republic Cup. In an intense final, after regular time yielded no goals, the match entered a penalty shootout where Atlanta FC held their nerves to come out on top against Skorost United.

The 2018-19 season saw Atlanta FC hit their form early on finishing runners-up in the Mohammed Hussain trophy and then doing well in the Super Division league to qualify for the play-offs. However, the Covid-19 pandemic brought an early end to the tournament after government ruled lockdown meant no further football matches could be possible. The club has been promoted to Elite Division after having made it to the Super Division Play-off round.

The clubs focus on youth has been quite evident from the start. “We wanted to focus on giving young locals chance” states Allen. The number of players, who have gone on to represent Elite division clubs, are quite significant.

ONGC winger Shravan Shetty, who spent his early football career at Atlanta FC, talks about the club’s role in shaping his career, “When Allen and Aditya told me about Atlanta FC and MDFA, like every teenage boy I was excited, I was just 17 years old with very limited knowledge of football. Under their leadership, we won the 3rd division title where I was the top scorer in the league. I was soon scouted by Julian sir for Union Bank (UBI) to play in the Elite division.

“Before I joined Atlanta FC, I had never played professional football. Atlanta is not just a club, it is a family. I will always be grateful to them for giving me that opportunity and helped me create a platform to be selected for HDFC Bank.” says Ashish Chavan who plays as Centre bank for HDFC in Elite Division.

Meanwhile Jaybalan Nadar, who has remained with club right from the start, adds, “From the onset we had a dream to play in Elite division and after 9 years and 9 season of ups and down, we have qualified to play for elite. The hardwork, perseverance, and belief in the Atlanta family has made the difference”

With Atlanta’s stature in the Mumbai football circuit having grown quite fantastically, the expectations rise too. Talking about the club’s vision, co-owner Allen states, “It’s not just about getting it done or winning promotion we want to be a club that aims for trophies. We have already won two titles and going forward we would like to continue to win more trophies.”

“Despite the lack of proper infrastructure, coaches, or sponsors, Atlanta FC have come this far and reached the top tier of Mumbai football. Teams like Atlanta existing in Mumbai football sets the perfect example that if you believe you can achieve what you desire.” adds Jaybalan

While the clubs rose in the Mumbai football pyramid, its aim stills continue to be the same that is to provide the young players of the city opportunity to play competitive games. The club’s dedication towards the game over the years, shows that they were always destined to makes it to the top eventually. Post Covid situation whenever football resumes, Atlanta FC would walk on the field with a new milestone in mind, after having achieved one of the goals, set at the start of decade i.e. Elite division football.

Also Read: Mumbai football back on track as MDFA plans to start season from November