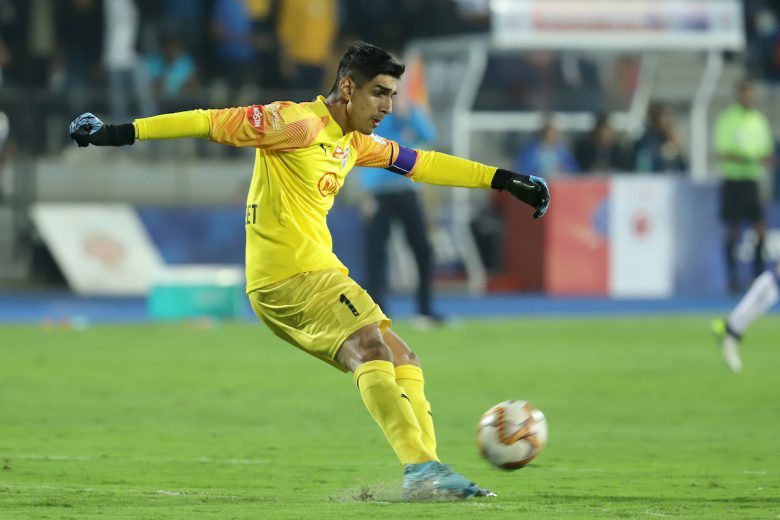 A blockbuster Hero ISL play-off clash is in the offering as defending champions Bengaluru FC lock horns with ATK in the first leg of their tie at the Sree Kanteerava stadium here on Sunday.

Bengaluru FC will be determined to make their home advantage count before travelling to Kolkata for the return leg. Carles Cuadrat’s side are coming off a defeat in the AFC Cup qualifier against Maldivian side Maziya S&RC and will want to bounce back with a positive result on Sunday.

“Obviously, things did not go well for us in the AFC match. We are very disappointed but the message in the dressing room is to pick ourselves up and focus on the challenge ahead. Make sure that we give our 100 per cent and get ourselves to a position where we can win the trophy,” said Cuadrat.

However, they need to find an answer to their woes upfront. Bengaluru have struggled to score goals, having netted just 22 from 18 games in the ISL. More importantly, only eight of them have come from open play, with set-pieces accounting for the rest.

They have struggled with finishing chances off. In what should be a huge boost, Sunil Chhetri has returned from a hamstring niggle and scored two goals against Maziya. The 35-year-old, who has scored nine goals so far, will hope to fill the void up front.

The likes of Dimas Delgado and Erik Paartalu in midfield will also play crucial roles, both in orchestrating attacks and during set-pieces. Delgado’s deliveries are always threatening while Paartalu’s imposing physique is useful in both boxes.

One area Cuadrat will be confident about is defending. Their defence, led by Juanan Gonzalez, has stood like a rock. ATK forwards Roy Krishna and David Williams have their task cut out against the rival backline. However, containing Krishna is no mean task and ATK coach Antonio Habas will want the Fijian to add to his 14 goals so far.

ATK have a mean defence and boast of a record (16 goals conceded) which is second only to Bengaluru. Habas will set his team to be organised and use the pace of Krishna during counter-attacks. The likes of Edu Garcia and Javier Hernandez will also have key roles to play from the middle of the park.

“I think it will be an absolutely competitive match because two organised teams will be playing (against each other). Bengaluru is a very good team, balanced and very competitive. They are one of the favourites. Until now, Bengaluru are the champions and we have to respect them,” said Habas.

ATK’s full-backs, Prabir Das and Michael Soosairaj, add a different dimension to their attack and their threatening deliveries from the flanks are likely to pose a challenge to the Bengaluru defence. The last time these two sides met at the same venue, ATK pulled off a late comeback to claw back a two-goal deficit and earned a draw.

“ATK are a very good team. It will be a tactical battle between two teams that work a lot in defense. The offensive things depend more on the creativity of the players. ATK and Bengaluru know these things very well what they are doing in defense. It will be an interesting semi-final,” said Cuadrat.

On a Super Sunday, everyone can expect a similarly closely-fought encounter between two very strong and solid sides.