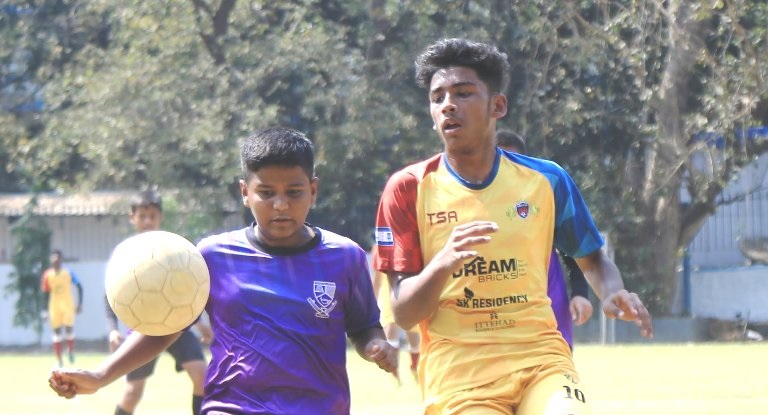 In another last 8 encounter, FC Vigour and Total Football Academy played out a goalless draw in normal time. But, FC Vigour went on to defeat Total Football Academy 4-1 via the tie-breaker to move into the semi-final. Daksh Waghela, Sujal Bhat, Manthan Waghela and Sameer Edareehi, all successful converted from the penalty spot to seal FC Vigyour’s win, while only Prince D’Souza could score for the losing side. Sujal Bhat of FC Vigour was declared ‘Player of the match’.