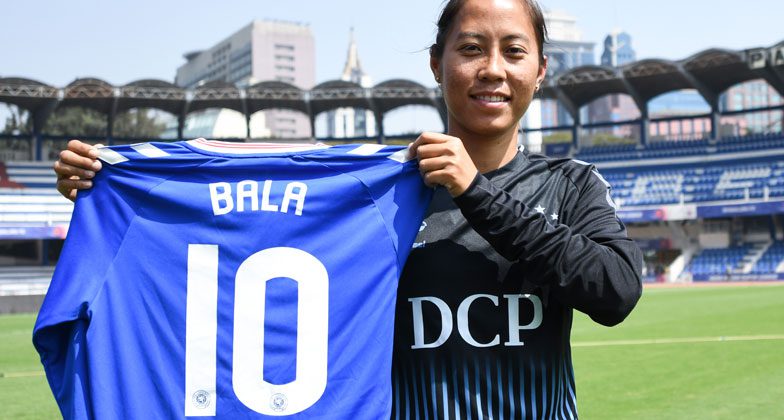 Hero Indian Super League side Bengaluru FC, who are in a partnership with Rangers FC, played a major role in facilitating the trial and now the eventual move. The 29-year-old forward had made a trip to Glasgow for trials and got to train with the main squad while also featuring in a practice match.

“I got five days to practice with them and also had the opportunity to play a practice match with them. It was a bit difficult to train in sub-zero conditions but getting to see first hand and experiencing their training regime was an amazing experience,” Bala had told TOI on her return from the trip.

Having served the national team for around 14 years, Bala has a prolific goal scoring record both International and at the domestic level. She has been the top scorer in the Indian Women’s League for the past two seasons and has also been named as All India Football Federation (AIFF) Women’s Player of the Year twice, in 2015 and 2016.

“I’m looking forward to making the most of the top-class facilities and coaching and I am certain I will benefit immensely from the standard of training and competition.” Bala said about her signing for Rangers

Although previously Indian National team goalkeeper Aditi Chauhan had featured for West Ham United Ladies, it was a semi-professional stint . Bala Devi’s signing will be a huge development for Indian women’s football as it could serve as an inspiration for an entire generation of women’s players wanting to to try their luck abroad.