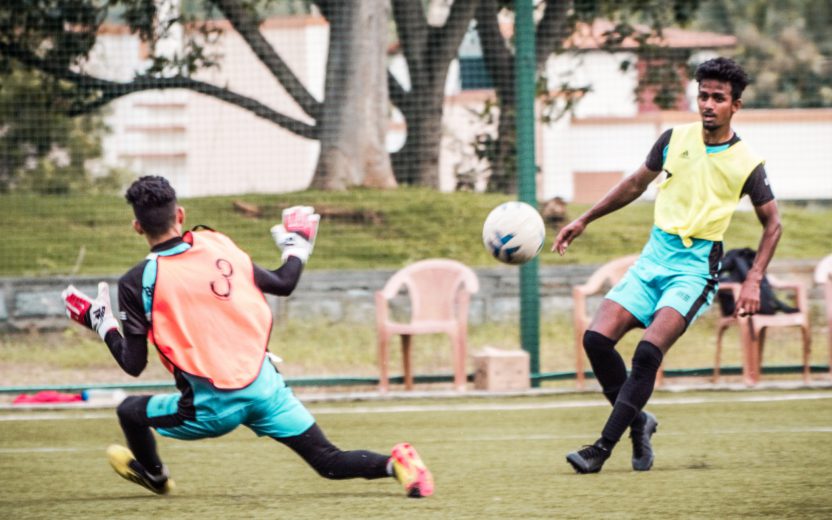 FC Bengaluru United touched down in the City of Joy on Friday (September 25, 2020) as they get set for the Hero I-League Qualifier 2020 that kicks off on October 8, 2020. One of the key players to watch out for from the team will be forward Azharuddin Mallick, who spoke with www.i-league.org ahead of the competition and sounded eager to kick-off the new campaign.

“I am really looking forward to this new season. I hope we can put in a strong performance, win our matches and qualify for the Hero I-League,” he said.

The youngster labelled his side’s chances of qualifying as “bright” and stated that the entire team is motivated to put on a good show. “We are working hard. We are getting our game plan in place and all the boys are very motivated. So chances are bright that we will qualify,” a confident Azharuddin quipped. 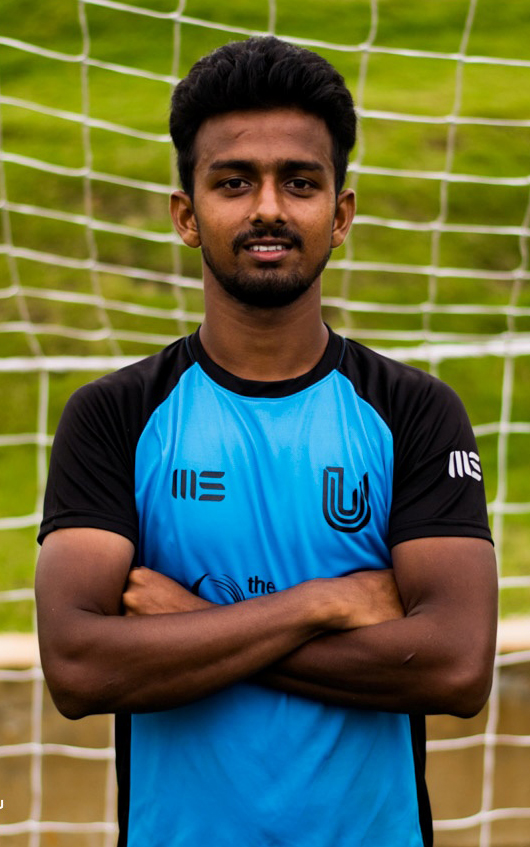 Five teams will be vying for one direct spot in the 2020-21 Hero I-League as FCBU begin their campaign against Bhawanipore FC at the VYBK Stadium. Kolkata giants Mohammedan Sporting Club, along with Delhi-based Garhwal FC and Ahmedabad-based ARA FC are the other three teams in the fray.

Assessing the opposing teams, Azharuddin mentioned, “It is going to be a tough challenge and all the other teams too are here to go for the qualifying spot. However, we are confident that we can deliver.”

The 23-year-old signed for the Bengaluru side ahead of the qualifiers and despite the pandemic, he said that he has been working hard on his fitness in the last few months to remain in top shape. He stated, “Focusing on fitness was especially important during these challenging times. We couldn’t use the gym for a long period but I made sure I worked out twice a day in order to maintain my fitness.”

Talking about his new club, he informed that he was impressed by their ‘professionalism’ and hailed the effort being put in by the coaches to get the team ready. “We have got excellent coaches here at FC Bengaluru United. They are giving their 100 per cent to motivate us and make us stronger in all aspects of the game. While signing, I was most impressed with the professionalism shown by the club and the way they treat their players,” he affirmed.

The former Mohun Bagan forward already has the invaluable experience of playing in the Hero I-League to his credit, having signed for the club in 2015 and making his debut for them in the Calcutta Football League.

“Obviously, it was a great experience playing for Mohun Bagan. I played for them for four years and got to learn a lot. Now, I am aiming to put that experience and all the learning to good use while playing for FCBU,” he concluded.