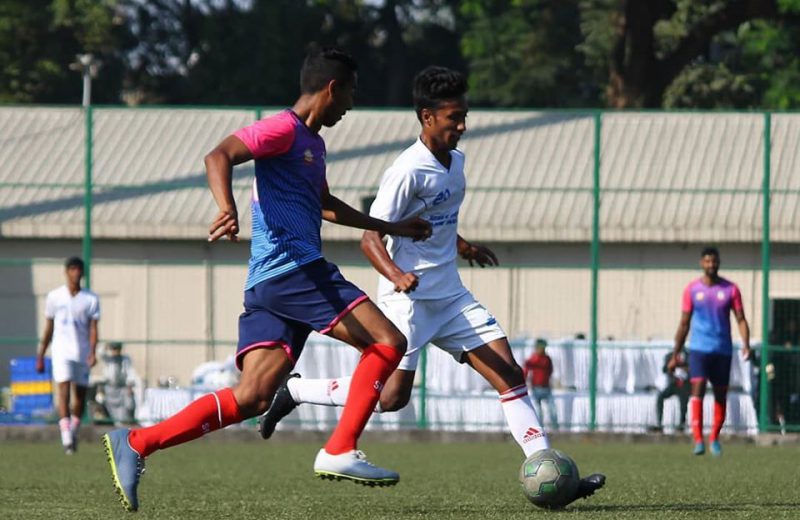 An entertaining first half saw three goals in the space of nine minutes as Air India went on to edge Income tax in an high octane close encounter.

Air India took the early in the 14th minute after a string of neatly set of moves that originated with Sanchit Singh dribbling past two players before passing to Shannon who set Satish free with space of the right. The winger then sent in a low cross which Johnson D’silva placed it to the right of the keeper to make it 1-0.

Income tax soon struck back in the 18th minute with a goal from Mohammed Ishaq after Bryce beat his marker to setup Ishaq with only keeper to beat.

In the 23rd minute, Air India were back on lead when Santosh Koli rose highest to head away a corner kick into the goal. In the second half, Bryce in a promising attack was fouled by Satish as referee booked him for the second time in the game to reduce Air India to ten men with more than half hour of play left.

However the former champions showed excellent game management with 10 men to hold on to their lead and end the game with all three points.

Meanwhile in Super Division, DK Pharma rode on Kouame and Prashant hat-tricks to outclass ICL 6-0. In a one side game, DK Pharma took the early lead through Kouame before Prashant doubled minutes before break. In the second half saw a frenzy period where four goals, where scored in the space of nine minutes.