Mohun Bagan’s Subha Ghosh thanks his father for backing him since he laced his first football boots while his teammate Sheikh Sahil labels his father as his ‘luckiest charm’.

As they say, a father is the first hero for his son who teaches the important lesson of rising, falling and rising again. Subha Ghosh, whose three crucial goals in the recently-concluded Hero I-League season aided Mohun Bagan’s winning campaign significantly, admires this philosophy ‘from the bottom of heart’.

“My father is my first hero. He ignited the zeal within me to play football and follow my passion. He had a dream of playing football professionally but unfortunately, that couldn’t happen. He always supported me, guided me whenever I felt low. I’ll always admire him as my hero from the bottom of my heart,” an exuberant Subha Ghosh expressed.

Subha has a long-standing affinity towards scoring goals and he mentioned that his father played a pivotal role in him becoming a promising attacking spearhead under the coaching of Kibu Vicuna.

“I was not physically big ever since I started. My coaches had always advised me to switch to midfield, especially flanks. Kintu, amar baba amay bolto football khelle striker’ei khelbi, goal kore dol’ke jetabi (But, my father has always stressed: If you want to play football, play as a striker. You’ll help your team win by scoring goals),” Subha continued.

His scoring ability was rightly spotted and nurtured by Vicuna and he put him into the fray alongside the likes of Joseba Beitia, Fran Gonzalez, VP Suhair etc. Before the Hero I-League campaign, the youngster had scored six goals in the Hero Elite League 2018-19 to finish atop the scorer’s list for the Mariners. Prior to that, he smacked six more in the state youth league to propel the Green and Maroons to the tournament final. 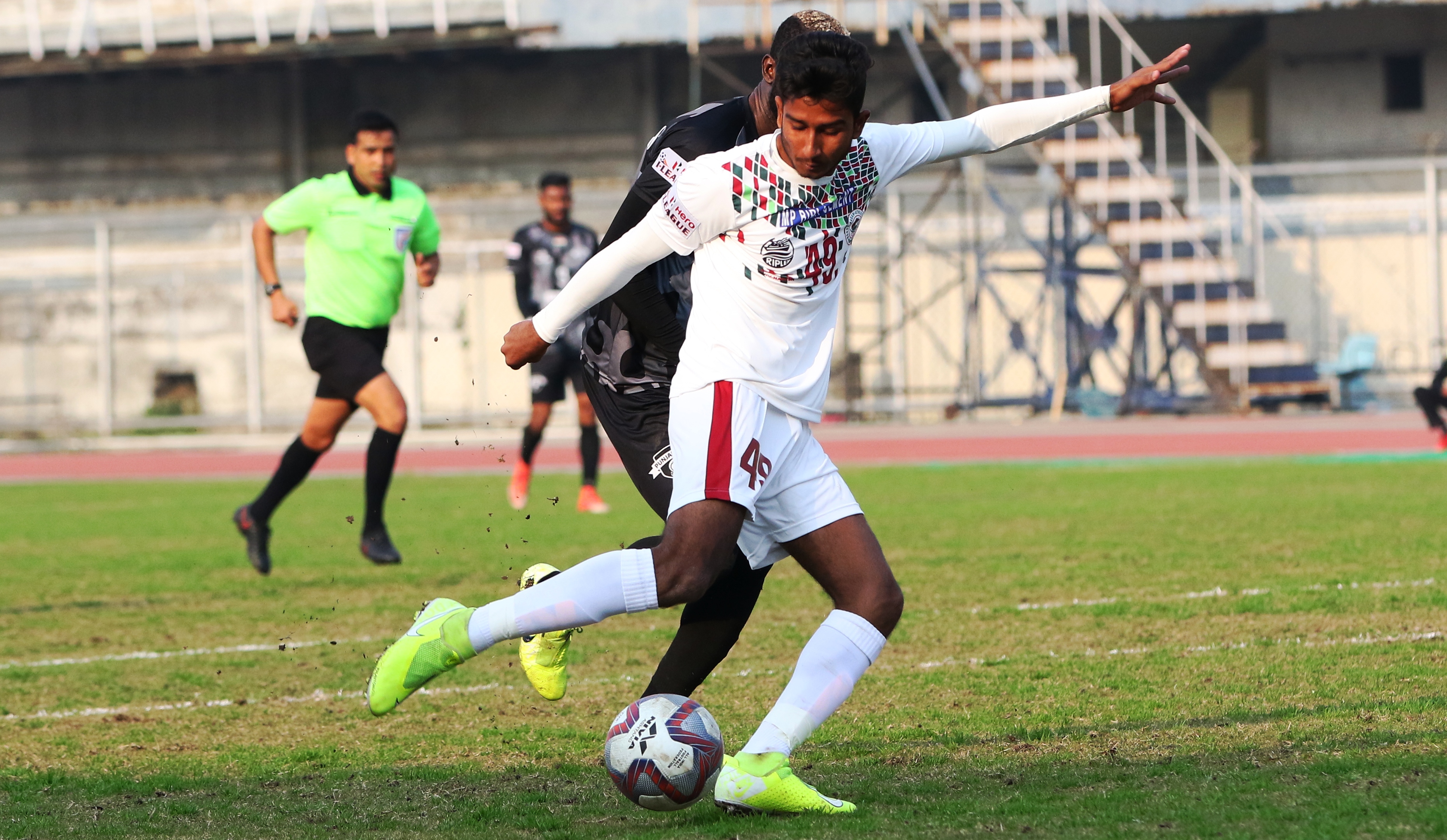 While Subha thanked his father for backing him since he laced his first football boots, his teammate Sheikh Sahil labelled his father as his ‘luckiest charm’.

“Till now, my father hasn’t missed any of my matches. Be it in Kalyani, Mohun Bagan Stadium or VYBK, he’s always there to cheer for me from the stands. I know his eyes will always be on me, looking at every movement of mine on the pitch. He’s my luckiest charm,” Sahil mentioned.

In the midst of the star-studded Mohun Bagan lineup, the youngster functioned as a silent operator in the heart of midfield. He bore a sheer part of the defensive workload, which gave Fran Gonzalez the liberty to join Beitia, Diawara and Suhair in the attacking third. Moreover, Sahil’s cutting-edge interceptions and supreme game-reading helped the defenders maintain their shape throughout.

“In our family, everybody loves the game. My father, uncles and even their cousins — everyone stays glued to the television set whenever a match is on. He nourished my passion for football and helped me become whatever I have been now,” Sahil’s voice choked.

Like Subha, Sahil also represented the Mariners in the junior state league last year where his form caught everyone’s imaginations and the Mohun Bagan officials didn’t think twice before promoting him to the senior team.

“Yes, I have played under various coaches and have learnt many a thing to become a better footballer. Kintu, baba amay khela ta bhalobaste sikhiyechilo, oi bhalobasa ta na thakle aj ami khela sikhte partam na. (But, my father taught me to love the game. Had the love not been there, I could not have learnt the game at all),” an emotional Sahil voiced.