Less time for pre season is no excuse for preparation – Igor 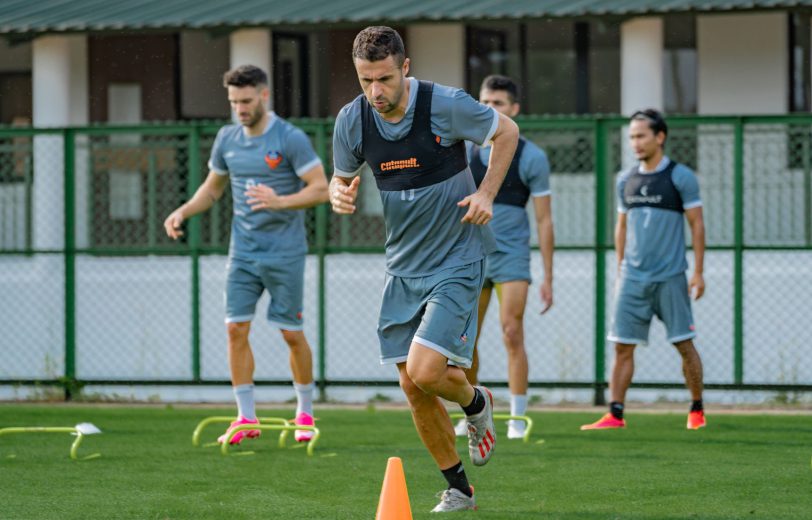 With the new season just weeks away, FC Goa Striker Igor Angulo believes short preseason is no excuse in preparation as he is ready to fill Coro’s shoes and fulfil fan expectations.

FC Goa are entering the 2020/21 ISL season as the defending champions. The Gaurs would be looking forward to defend their title this season with a squad that is pretty young and somewhat new. After the departure of their former coach Sergio Lobera and numerous other players like Hugo Boumousa and Ahmed Jahouh to Mumbai City FC, Goa performed well in the transfer market to strengthen their squad. New coach Juan Ferrando has been termed as the “perfect manager” for FC Goa and their style of play.

FC Goa lost a key striker in Coro as he left the club this year. To balance out the absence of Coro, the Gaurs roped in another Spanish striker, Igor Angulo. The 36 year old striker comes to India with loads of experience in the Spanish leagues and will be looking forward to leave a mark in the ISL.

When asked about life in India and playing with his new Indian teammates, Igor seems to have adapted to the conditions very well. “It is very good to be here in India. We were supposed to be in our rooms for the first two weeks in order to follow the guidelines. Later we started training, twice in a day and the boys are getting to know each other well. It is important to have a bond amongst all the players since the squad and the coach are new. The pre season of three weeks, which is very short but since all the teams are getting the same amount of time, there is no room for excuses.”

With the new season just weeks away, FC Goa Striker Igor Angulo believes short preseason is no excuse in preparation as he is ready to fill Coro’s shoes and fulfil fan expectations. #HeroISL #IndianFootball #FCGoa

The job can be demanding and the pressure will be high when you are a striker and the burden of scoring goals is on your head. Replacing Coro will be tough but then Igor is ready for the challenges thrown at him. His targets are team oriented and he wants to score goals for the team.

“I have no personal targets of my own. I want to score goals for the club and the main motive will be for the team to win. Football is a team sport and main target for me will be to score as many goals possible to help Goa win the playoffs. We will also be playing the AFC Champions League which is a very prestigious tournament and try to win that as well.”

Talking about the bubble and how it has effected training, Igor adds, “Mentally the players are strong and preparing well. Since we are always training and remain in the hotel rooms, it is difficult for the players but we are coping well. I had trouble adapting to the pitches and the weather in India but now I am slowly getting a hang of it.” When probed about his opinion of Indian youngsters, Igor stated, “I have high hopes of the Indian youngsters, not only in the league but also in the AFC champions league.”

Coro scored 55 goals for FC Goa over his spell of three seasons with the club and provided 16 assists. Filling his shoes will be a tough job for Igor in his first season in India. With more than 300 games and 100 goals to his name, Igor is coming to India with a lot expectations from the FC Goa fans. “Coro was a very good striker and there is no competition with him from my side. As a striker I will be looking forward to score goals for the team and help them win” said the Spaniard.