Indian legends recall memories of “best technical side of Asia” 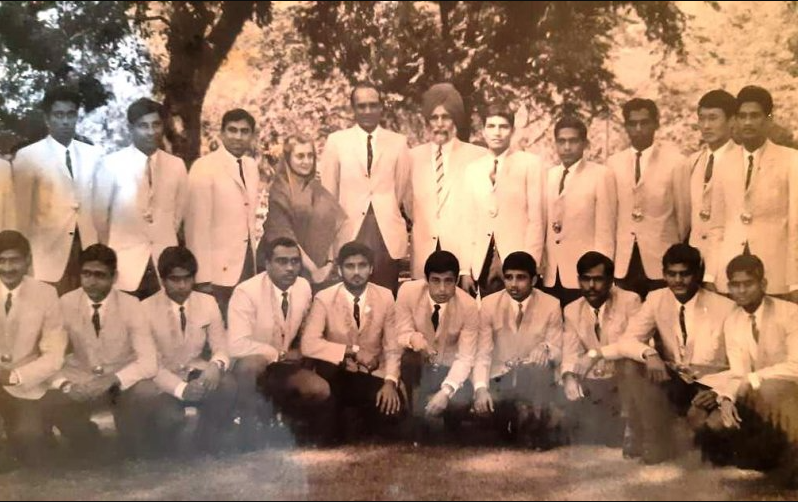 NEW DELHI: Facing the dazzling Japanese side who came to Bangkok at the back of winning the bronze medal at the 1968 Summer Olympics in Mexico City – the first-ever Asian country to win an Olympic medal in football – was a herculean task.

But the 20-men Blue Tigers contingent had something else in their mind. Right from the goalkeeper Sampath to forward Amar Bahadur, everyone played the game of their lives to earn the title of “best technical side of Asia” from none other than the-then FIFA President Sir Stanley Rous, as recalled by Subhash Bhowmick, and Shyam Thapa. India rode on an Amar Bahadur strike to beat Japan by a solitary goal to garner the bronze.

“Everyone was expecting to see an India-Japan final. But we faced the bronze-medal-decider. Sampath, Sudhir (Karmakar) everyone played like they were playing for their lives. FIFA President complimented us as the best technical team of Asia. Moreover, he praised Sudhir as the best defender in Asia,” Bhowmick remembered.

Why shouldn’t he? Japan boasted of two of the best Asian forwards at that time — Kunishige Kamamoto and Teruki Miyamoto who had played a pivotal role in their historic Olympic Bronze medal-winning-campaign in Mexico City two years back. Kamamoto scored seven goals in six games to finish at the top of the table. Not only that, he was hailed by none other than Pele as one of the best 40 footballers – the sole Asian footballer to attain the feat.

“Kamamoto was boxed by a 5’5″ defender — that too from India. The title given to Karmakar by the FIFA President was 100% true. Kamamoto was brutal in the air but Sudhir won every single aerial ball. He was so frustrated that he left the ground ten minutes before the final whistle,” Bhowmick continued.

The sixth Asian Games was earlier scheduled in Islamabad. Nine months before the show it had to be shifted to Bangkok as they had hosted the prior edition.

“Probably, it was the only occasion when Asian Games was completed within eleven days (December 9-20, 1970). There was not any Games Village and all the contingents were accommodated in separate hotels,” Shyam Thapa, current chairman of AIFF Technical Committee, recalled.

The Blue Tigers, under the coaching of Gulam Mohammed Basha and Pradeep Kumar Banerjee, popularly known as PK, had a shaky start to the campaign. In the opening game against hosts Thailand on December 10, they conceded two goals within the first 17 minutes in front of a 50,000-odd hostile crowd who were cheering in support of the War Elephants.

Skipper Syed Nyemuddin and his boys had to go all-out in search of an opening goal and they did so. “Before the break, I scored one. We knew if we could score another one quickly, Thailand would be shocked. Soon after the second half started, I scored the equaliser,” Bhowmick’s elation was quite palpable.

“I could have scored a hat-trick that day. Habib put in a delicious cross soon after the equaliser but I tried something tricky and missed the sitter. I don’t have anyone but myself to blame for that. I still rue that chance,” he continued.

A rejuvenated India team overpowered South Vietnam on the next day, thanks to one strike apiece from Md. Habib and Magan Singh to advance to the quarterfinals where they were clubbed with heavyweights Japan and Indonesia.

“There were a group of talented strikers, every one of them was able to pull off a game on his day. Indonesia held the Korea Republic to a goalless draw in the group stage after a 2-2 draw against Iran. By no means, they were an easy opponent,” Thapa continued, “They showed their resilience in the first half. But, we scored three quick goals within nine minutes and they weren’t ready for that resurgence at all. Nataraj (Doraiswamy), Magan (Singh) and I were on target.”

“The schedule was very taxing as we had to play six matches in nine days. By then, our bodies started to give up. Japan beat us in our next match. They were a side who could run at the same pace throughout the 90 minutes — a supremely fit side,” Thapa said.

The loss against Japan didn’t affect their enviable run too much as they already qualified to the semi-finals. After the gold medal-winning campaign in 1962, another Asian Games medal was in sight.

“We started to believe that we could replicate what Chuni-da (Chuni Goswami), Pradeep-da (Pradeep Banerjee) did eight years ago. Even Pradeep da, who was our coach, used to share stories from their playing days to motivate us,” Karmakar added.

Burma, which was renamed as Myanmar later, was one of the top Asian football playing countries at that time. The South Asian country were clear favourites against the Blue Tigers.

“We couldn’t play to our strength against Burma. Even we didn’t have luck on our side. Magan’s header came off the post and my volley hit the crossbar. Our aspiration of winning the Asian Games gold medal ended abruptly,” Bhowmick shared.

In a process to redeem themselves, the Blue Tigers had to come up with something extraordinary and someone had to emerge as a hero. But, little did anyone imagine that Sudhir Karmakar, a defender with no physical presence, would rise like a phoenix.

“Prasad was our regular central defender but on match-day, he felt a pain on his right foot. Pradeep-da and Basha-sir weren’t ready to take any chance and asked me to fill the void. I was in a dilemma without much choice,” Karmakar informed.

“We knew the demeanour of Kamamoto and what sort of damage he could do to any opponent. As the game continued, I stuck to him like a shadow and tried to intercept the aerial deliveries directed to him. Towards the end of the game, he took a desperate header but Sampath came up with a blinder to deny him. We won the Bronze medal.”