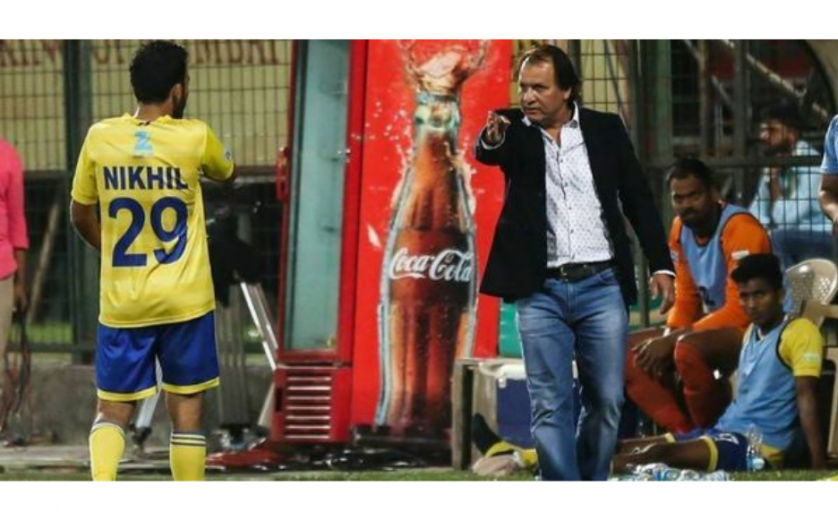 Former Indian National Team player and AFC Pro License holder Mr Santosh Kashyap is set to embark on a new journey with the inauguration of Santosh Kashyap Soccer Schools in Mumbai and nearby areas.

With a vision to accelerate the growth of football in India, Coach Santosh is determined to uplift juniors and players who are 16 and above. Kashyap has previously coached elite teams such as Mohun Bagan, Mahindra United, Northeast United FC amongst many others. 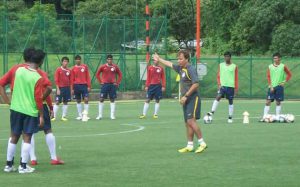 Team FootballCounter went up and close with Mr. Kashyap and former Mahindra United player and General Manager of Santosh Kashyap Soccer Schools Mr. Leon D’Souza to understand the road that lies ahead:

What is the mission and vision of Santosh Kashyap Soccer Schools?

Santosh Kashyap: Ever since the closure of clubs like ONGC, Air India, Mahindra United, I have witnessed a huge gap in proper opportunities for players. There are a lot of talented youngsters vying for an opportunity to showcase their talent. My vision for the Santosh Kashyap Soccer Schools is to provide a platform for young players and footballers who are 16 and above. I want to groom these players and help them achieve their goal of attaining professional contracts at elite clubs. The academy will cater from U-8 to Senior players. We will also have a scheme for underprivileged children who don’t have the resources to pursue football. I want to start from Mumbai and later grow the academy to various other parts in India.

What is your thought about the current scenario of Indian football and the scope for young players?

Santosh Kashyap: If you would have asked me the same question 10 years prior, my answer would have been sceptical. But now, with the advent of Indian Super League and various other initiatives, Indian football is headed towards the right path. Young players have a great scope but they require proper guidance and facilities to excel.

What are the aspects that young players are required to focus on?

Santosh Kashyap: Not only are the players required to focus on the physical aspect, but they must train their mind. Decision making in football is imperative. Good coaching comes next. The dropout ratio in sports worldwide is from 11-14 years. That is the age-group one must be looking at. For an amateur to become a professional, there are various aspects which require steady focus, I’ve just quoted some of them.

What are the facilities Santosh Kashyap Soccer Schools is aiming to provide?

Santosh Kashyap: The Coaching methodology will involve latest practices with state of the art facilities. I hope my experience of coaching elite football teams will come handy as I embark on this new journey to train the next generation of Indian footballers.

Leon D’Souza: When I was representing Mahindra United, Santosh sir was the Head of Youth Development at the club. I’ve seen him groom players and make them big names in Indian football. Under his fruitful guidance, around 50 footballers went on to represent the National team. I was fortunate to train under Santosh sir and am very upbeat about the possibilities and the scope for Santosh Kashyap Soccer Schools.

Can Santosh Kashyap Soccer Schools be a bridge for an amateur player to attain a professional contract?

Leon D’Souza:  Having played 5 years under Santosh Kashyap sir, I can vouch that he is one of the finest coaches in the country to develop young players. Players in Mumbai are deprived of professional training. With the closure of several teams, players lack opportunities. Footballers go outside the state to find teams. I faced the same problem. After Mahindra United had shut shop, I went to New Delhi and represented Simla Young’s in the 2nd Division League. Santosh Kashyap Soccer Schools will bridge this gap.

Another opportunity which I see in our academy is a professional training regime for players who are 16 and above. Our coaching methodology is based on Spanish and Dutch philosophy. With the inception of Santosh Kashyap Soccer Schools, I firmly believe this to be a great platform for Youngsters starting from Mumbai to all the other states.

How difficult is it to commence training amidst COVID-19 pandemic?

Santosh Kashyap: Safety is of utmost importance. We don’t want to rush. But at the same time, I truly believe we need to take precautions and slowly start our daily activities. Building the immunity system should be a priority and we need to train physically and mentally to live a healthy life.

Santosh Kashyap Soccer Schools is set to be inaugurated in early 2021. The venues are in the final process. 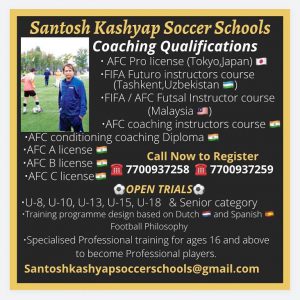