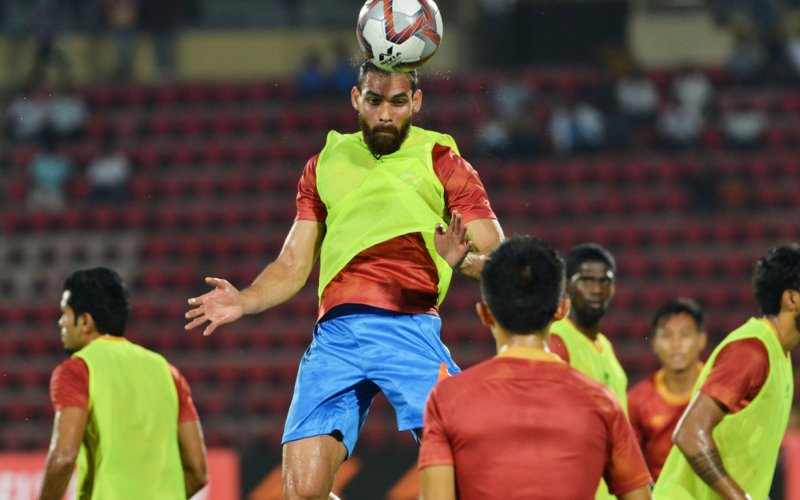 “Indian Football is growing in a good way and through the correct path. I just wish (Indian football) keeps growing the way it has been and tries to maintain the quality,” the 32-year-old defender expressed during an AIFF TV interview, a year after he faced off with neighbours Bangladesh at the Salt Lake Stadium, Kolkata.

He praised the authorities for resuming football actions in the country in the aftermath of the Lockdown that was enforced owing to the COVID-19 pandemic.

“It is great! After more than seven months without any football activity, we’re back to the pitch once again. I followed the Hero I-League Qualifiers closely and have noticed the positive buzz around it – that’s fantastic. Kudos to the AIFF for bringing back sports, let alone football, move one step closer to normalcy.”

He further added, “It was difficult for everyone who is connected to football – supporters, owners, players and every single stakeholder. Our pre-season has also started. I am very excited and hopefully, everyone is.”

Following an aggravated injury that had halted his footballing career, Adil came back strongly to appear for the Blue Tigers after a seven-year hiatus. The sturdy central defender lauded the changes that have been brought into Indian Football to move things ahead, as players can now avail better infrastructure.”During my initial days, there was a dearth of quality grounds. Infrastructures, facilities have improved immensely since then. These things always help a player perform to their true potential. That has helped Indian players perform in a better way,” stated Adil.

“Earlier, teams used to depend heavily on foreigners to churn out results. But, the scenario has changed of late. Indians have been taking responsibilities and proving their worth. They are scoring goals, providing assists, taking guards in the defensive half, tackling with more conviction – only to take Indian Football forward,” the 32-year-old opined.