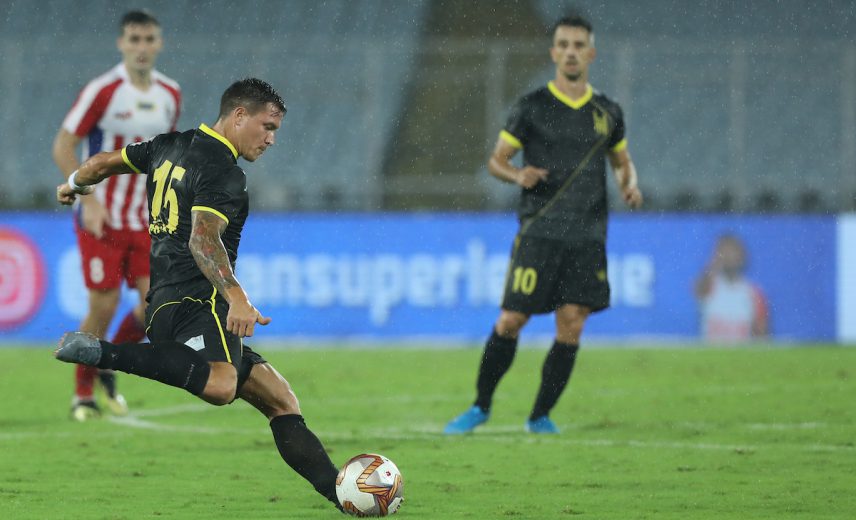 Pride will be on the line as Hyderabad FC take on Jamshedpur FC in the Hero Indian Super League at GMC Balayogi Athletic stadium here on Thursday.

Hyderabad FC have had a disappointing campaign so far with just six points to show for in 16 matches. The team has managed just one win this season and that came 13 matches ago. Hyderabad are in danger of registering the worst campaign in the ISL, a dubious record that is held by Chennaiyin FC who managed to win just nine points last season.

Jamshedpur FC’s plight might not be that drastic but the Men of Steel have yet again failed to reach the play-offs. Placed seventh with 17 points from 16 matches, all they have left to play for is pride.

Interim Hyderabad coach Javier Lopez will be hoping Hyderabad can display a bit of fight in what is their final home game. However, their defence will have to plug the leaks. Hyderabad have never kept a clean sheet this season and are in danger of finishing the season without one.

“The next match is really important as it is our last home match. We are coming at the back of a match against Goa where our performance was not good. We want to win three points for our supporters and our owners. The feeling inside the dressing room is very good,” said Lopez.

The likes of Matthew Kilgallon and Adil Khan have toiled hard but without reward. Against a Jamshedpur attack which has Sergio Castel spearheading it, they will have their task cut out. Jamshedpur are on a four-game winless run and have conceded 12 goals during this period. Though Hyderabad have not been scoring goals galore, the likes of Marcelinho and Bobo are capable of troubling any defence on their day.

Antonio Iriondo will hope the likes of Noe Acosta and David Grande offer support to Castel while Aitor Monroy marshals the midfield. “We want to win at any cost. We cannot go in the top four but our job is to play the best match possible,” said Iriondo.

Jamshedpur are coming off a thrilling 3-3 draw against NorthEast United where they let slip a lead late in the game and Iriondo will be hoping the team sorts it out on Thursday.

“It was a crazy match. These kinds of situations happen when you don’t have many experienced players to control the match. We have young players and they are getting to learn. They will definitely improve and learn how to tackle these situations,” he said.