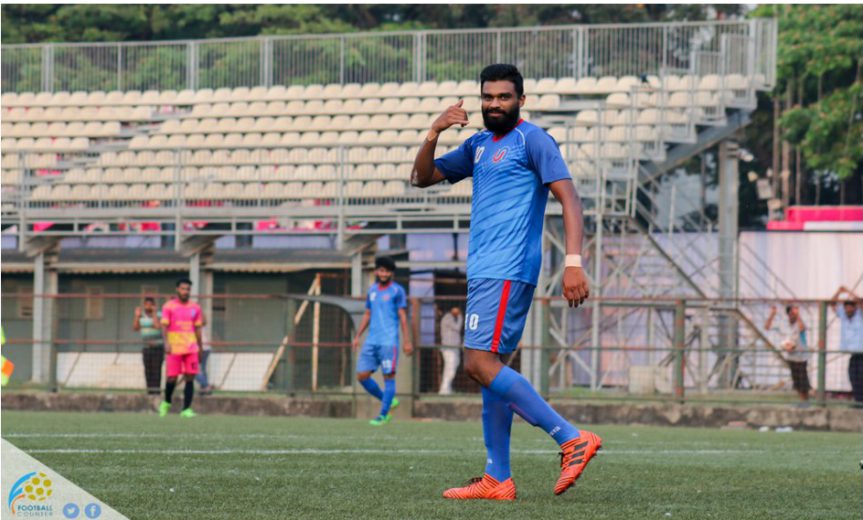 For someone with great skills, leadership qualities and the potential to play football at the highest level, the untimely demise of Scott D’Souza means Mumbai football fraternity losing one of its brightest gems.

A resident of Peace Heaven Society in Dadar, Scott was playing a pickup game at St Sebastian High School ground in Dadar when he collapsed and fell on the ground on 29th October, Thursday. He was declared dead by the time he was taken to the hospital. Scott was only 26 years old.

Scott belonged to a family of sports enthusiasts. His aunt Phiona Vaz was a hockey player and his father Ozwald Dsouza had his hockey club named Ave Maria. Scott was an alumnus of Don Bosco High School, Matunga and started his career by playing for Central Bank. Later on, he represented several elite division clubs like PIFA, Union Bank, and Air India.

Scott represented India in F5WC, the world’s largest 5-a side tournament which was held in Beijing, China in 2017. He also participated in the Neymar Jr’s Five tournaments held in Brazil back in 2018.

Speaking to Shyam Sundar, his former coach at Air India, he apprised that as a centre-back who could also play in the midfield position, Scott was one of the best in Mumbai. “He was one of the best in his position. I can hardly find a centre-back like him in Mumbai. His ability to provide long balls with instep as well as outstep was a skill in itself. He had a great sense of the game and I will surely miss his presence” quipped Coach Shyam.

Friends and teammates of Scott D’souza, who recently passed away, gave the late young footballer a touching tribute with a ‘final’ goal. Scott was just 26 and had played for some of the top clubs in Mumbai Video from @menezesdion #RipScottDsouza #MumbaiFootball