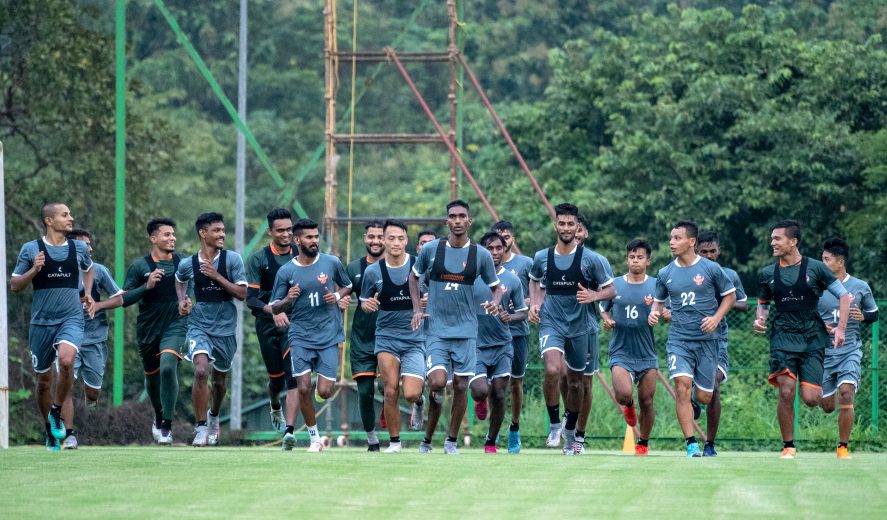 FC Goa officially announced the squad numbers for the 2020/21 season today, which will see the Gaurs compete in both the Indian Super League as well as the AFC Champions League.

A total of 12 new faces in the squad means that there was a lot of reshuffle in terms of the squad numbers. The new season will also see a number of players from the Developmental Team come up the ranks and practice with the first-team this season.

New frontman Igor Angulo has decided to stick with his number 17, the same one that has brought him glory these past 4 seasons with Gornik Zabrze. Ivan Gonzalez has taken over the number 4 shirt after finding his favourite 24 unavailable due to the presence of Lenny Rodrigues.

“I would have loved to wear the number 24. That’s the number that Kobe Bryant used to wear and I am a huge fan,” remarked Ivan. “However, that number is synonymous with Lenny at FC Goa.”

New signing Alberto Noguera will dawn the number 5 shirt while the ‘Don’, Australian James Donachie have taken on the number 8 shirt, previously worn by Coro the past three seasons.

“My initial choice was 4. However, with Ivan having taken that, it was 8 for me,” explained Donachie on his choice.  “I know that number means goals. And I hopefully can score a few this season as well.”

Spaniard Jorge Ortiz will take over the number 9 shirt from Manvir Singh, who went on to ATK Mohun Bagan earlier this year.

The two new Goans in the mix, Sanson Pereira and Devendra Murgaonkar will wear numbers 2 and 29 respectively. Meanwhile, Alexander Romario Jesuraj, who has returned after spending last season on loan at Mohun Bagan where he won the I-League..

The new Indian signings – Phrangki Buam (16), Makan Winkle Chothe (19) and Ishan Pandita (26)  have also chosen their numbers as the Gaurs kickstart their defence of the ISL League Winners Shield.

Also Read: “Helping Garhwal FC to qualify for the I-League would be a historic moment” – Amey Bhatkal