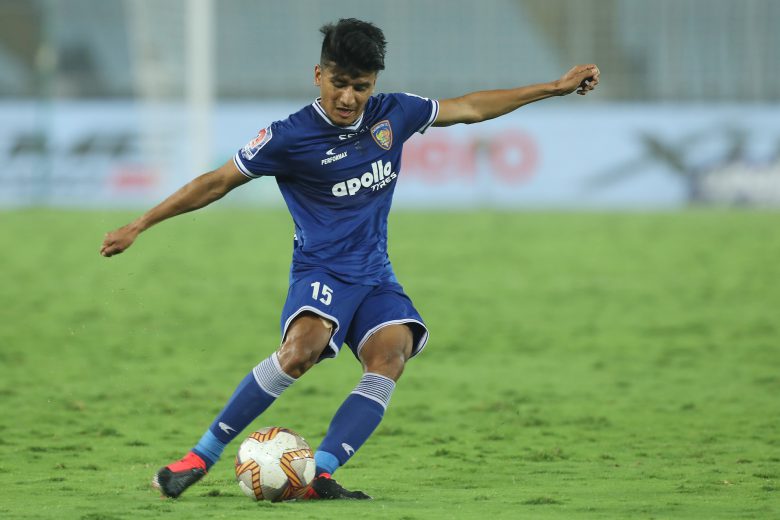 In his four seasons with Chennaiyin FC, Anirudh Thapa has made the midfield position his own with his captivating displays in the Hero Indian Super League.

He has been a warrior at the heart of Chennaiyin’s midfield throughout the 2019-20 season. With six assists in his kitty, he was already making an impact before he scored his first of the season in style – curling a brilliant effort into the top corner of the net from outside the box in the semi-final against FC Goa, a two-legged test that Chennaiyin passed with flying colours.

Ahead of the ISL final between Chennaiyin and ATK in Goa, Thapa recollected, “Everyone in the team was like you need to take shots. Throughout the season, I was hoping I would get chances outside the box. Our front four is the main attack, they combine well, usually, I don’t get many chances to go up. I thought I should give it a try and then (attempted) a curler.”

Thapa’s career has truly come to life at Chennaiyin. At the age of 22, he is one step away from a second ISL title. He had also been to play under three big-name managers in Marco Materazzi, John Gregory and Owen Coyle.

“These are the games we want to play, we don’t get to play many games like these. I am fortunate enough to win a cup at the  age of 18 and now I am here in the final again. These games give me experience, there are the games I will remember,” Thapa said.

Owen Coyle has a three-man Indian midfield in his squad to choose from. Thapa has already formed a bond with Germanpreet Singh, and this season Edwin Vanspaul has made an impact whenever he has been called upon. The Uttarakhand-born youngster is pleased with the trust shown in the Indian midfielders by the head coach and is grateful.

“I would like to thank the coach for his trust in us. Mostly everyone wants a foreign player to create chances from the back. That is the good thing about him (Coyle), he shows trust. Edwin has settled in really well, understands the game well. I have played with German, we both have an understanding. With Edwin also, it’s the same. We know we have a good attack, so if we can support them, we can be successful.”

From languishing in the bottom half of the table at one point during the season to entering the final, Owen Coyle has turned the fortunes around at Chennaiyin. Thapa has made 19 appearances for the former champions this season, of which 18 were starts. He is looking forward to taking part in another big game that he can remember for the rest of his career on Saturday.