Dhoni was so good with the ball at his feet, recollects Jeje 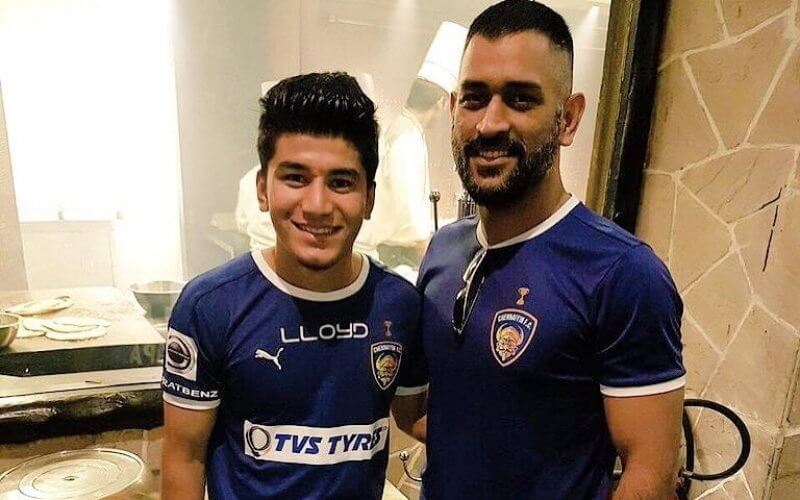 Indian National Team striker Jeje Lalpekhlua, who has been an integral part of Chennaiyin FC in the Hero Indian Super League remembers former Indian National Cricket captain Mahendra Singh Dhoni as “being quite good at football.”

A day after ‘Captain Cool’ announced his International retirement, Jeje preferred to take a trip down memory lane to speak about the training sessions where ‘Thala’ Dhoni would join them for a training session.

“He just loves to play football. If he is around, whenever we’re playing a small-sided game during training, he’d always try to join us,” said Jeje with a smile. “Of course, he’s played football when he was a kid and you can gauge how much he still enjoys playing even now,” Jeje stated. “He was always so good with the ball at his feet.”

“He may have been a goalkeeper back in school. But when he’s playing, it has bene evident that his skills with his feet have not left him. He’s quite good at football, to be honest,” Jeje continued.

In fact, the 39-year-old has been so helpful that even offered tips to players whenever he was around to heal with injuries “In one of the Hero ISL matches I suffered a cramp and had to limp out. After the match he came down to me and mentioned “about some of his teammates in the cricket team who also suffered from cramps, and ways they dealt with it.”

“He used to come whenever we had a team lunch. He stayed back to talk to the boys and share about his learnings. He’s a very down to earth guy,” Thapa maintained. “There were others who also asked him to come and sit with them, but instead he always preferred to sit with the footballers,” Thapa continued.

“He’d say: ‘Let me sit with the boys and let me share some experiences.’ He told us a lot about the struggles he has had to face in his own life, and about his journey in cricket. He’s had such an amazing career over the years. I’d like to wish him a happy retirement.”

A CITY THAT GOES CRAZY FOR ‘THALA’

Another latest addition to the Chennaiyin FC squad, who is a huge fan of MS Dhoni is local boy Edwin Sydney Vanspaul. The 27-year-old described how the city lives and breathes every moment that Dhoni is in Chennai.

“People here are just crazy about him. They may have jobs, and other responsibilities with their family, but if MSD is in town and Chennai Super Kings have a training session, they would all head to the stadium, just to watch them practice,” laughed Edwin. “And when MSD comes out to bat in the nets, these guys just go bonkers. It’s like when Cristiano Ronaldo goes for a training session in Portugal or Spain.”

Although Dhoni himself hails from Ranchi, the city of Chennai was very quick to adopt the star cricketer and make him one of their own. They even gave him the title of Thala (Head), something that does not come so easily for a sportsperson.

“Generally these titles are given to film stars. Ajith Kumar is also called Thala here. But for Dhoni, it did not take long for him to earn that title,” explained Edwin. “Perhaps it is because he mingled with the local culture here so easily. He even speaks a little Tamil. It’s these little gestures and small efforts that the people of this city appreciate, and that is why they shower him with so much love.”