The Hero I-League Qualifier 2020 is set to kick-off in Kolkata and Kalyani from October 8, 2020 with five teams facing off for the prized spot in the 2020-21 edition of the Hero I-League.

Among them is FC Bengaluru United and according to Head Coach Richard Hood, the squad is brimming with “enthusiasm and energy” ahead of the competition. In a candid chat with I-League Media, Richard spoke about the task that lies ahead, the team’s preparations, the club’s recruitment strategy, the influence of former India skipper Gouramangi Singh as a coach, and much more.

With the schedule being announced how much are you looking forward to land in Kolkata and start training?

The schedule has infused visible energy and enthusiasm across the board when we started sharing it in our player and management groups. Our sincerest of thanks and appreciation to the AIFF and League Department who have worked overtime in ensuring the best circumstances to compete in through the fixtures and most importantly outlining SOPs that are the absolute benchmark to deal with the pandemic for the 20-odd days that we will be based in Kolkata.

How have your preparations been?

This has been a pre-season like no other where we have all been locked in with unusual amounts of inactivity the last 5-6 months leading to our camp and that has been the most vital consideration in our planning. The club has ensured that we have had the safest possible training bubble where our field, gym and stay is contained within a single campus some 50 kilometres outside the city.

That apart our conditioning personnel has had access to DEXA scans for each player along with GPS and heart rate technology that allows for live tracking of all our sessions and internal practice games. This way, we can monitor our progress and push our squad with responsibility and optimise each player’s conditioning in a highly individualised manner to eventually peak in October.

How optimistic are you ahead of the tournament? What are your expectations?

The club has extended a tremendous amount of trust and support in the high-performance model that myself and the staff have committed to deliver. It is to ensure that we will optimise our potential and maximise our resources to deliver competitive success. Each day at our camp adds a layer of reassurance and confidence that our people, process and preparations are headed in the right direction to match the demands, expectations and responsibility of everyone associated with the club. 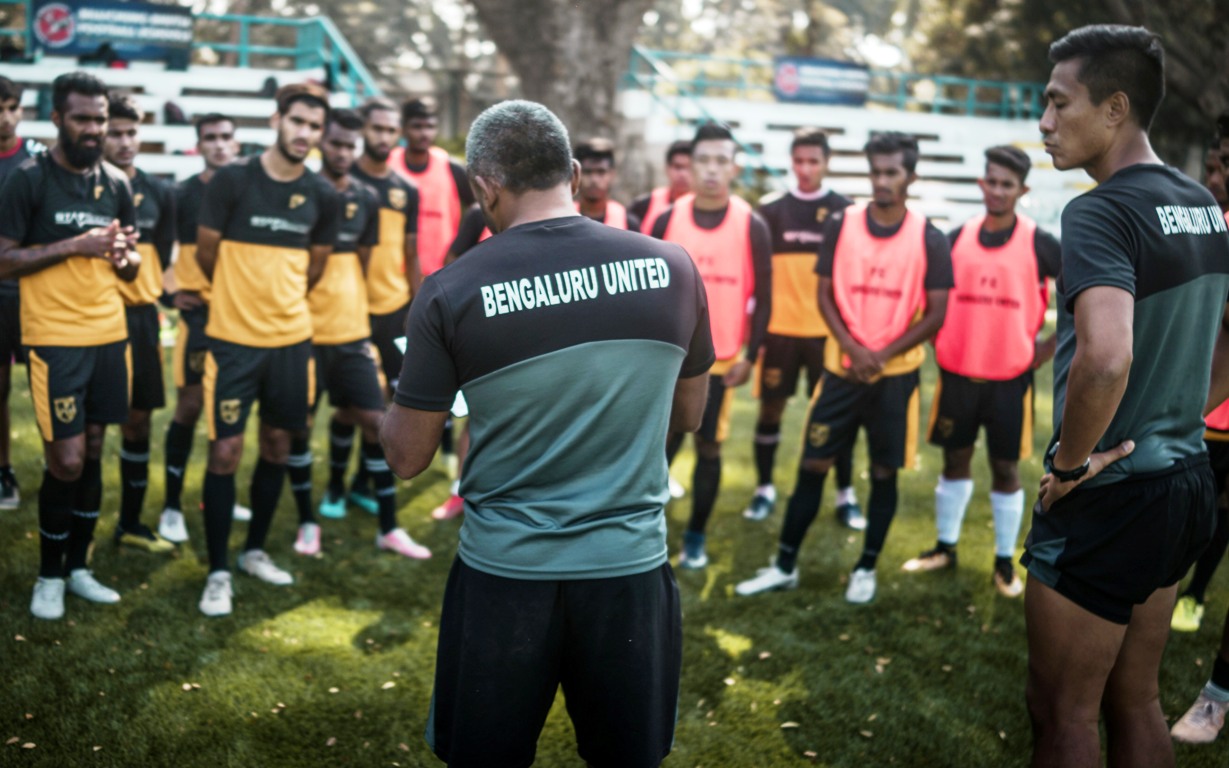 What do you make of your opponents in the qualifiers? How tough a fight do you expect it to be?

We will be competitive and the desire to dominate the 90 minutes is the singular point of focus for our camp from Day 1. We come in with the knowledge that there is not a single team in our tournament that is there to merely make up the numbers.

Every team has undergone changes that send out a loud and clear signal of serious intent. Each team is led by some highly reputed and respected technical personnel who have a track record and proven competence in operating a successful campaign. There can only be one winner in this high stakes tournament and that serves as a clear indicator of how tough a fight we expect.

You have announced a number of signings & retention in the last few days. What has your recruitment strategy been like? What kind of football can we expect from the FCBU side?

The first point of our recruitment strategy was to go through the eight games that we played in January and March in the league platform and identify the aspects of the game that we want to further strengthen and evolve. This led a total revamp of the squad that saw eight retentions and 20 new faces being added to the squad.

The squad also has a lot of experience in being part of championship-winning dressing rooms and squads right from the Hero ISL and Hero I-League to competitive leagues like the CFL. We believe all of that will play a huge role in establishing our culture and safeguarding the values we collectively represent.

Our football is geared towards a loop of simplicity, cohesion and awareness of our controllable in each game situation. We believe this will deliver thorough and consistent performances built on the foundation of competitiveness and desire to dominate with intelligence, hunger and focus to finish on top.

As part of the coaching staff, what value addition does Gouramangi Singh bring to the team?

This is the second season together with Mangi and the value he brings to the club is vividly evident across every process that we operate. There are very few people in our game who have seen the game evolve as closely as he has – from his starting days to being a national team regular. Everyone knows the professionalism with which he managed himself and to this day, he remains an individual who is hungry and dedicated towards his growth as a coach.