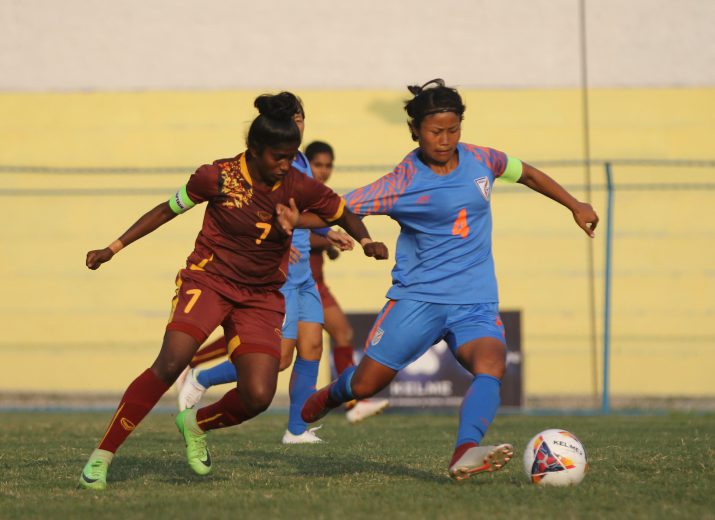 NEW DELHI: Earlier this year, talismanic Indian women’s national team forward Bala Devi became the first woman player from the country to sign a professional contract with a European club as she signed for Rangers Women’s FC, who play in the Scottish Women’s Premier League. According to national team skipper Ashalata Devi, the move will ‘inspire’ the young generation of women footballers in India and have a ‘huge impact’.

In a live chat with AIFF TV, she said, “Bala di playing for Rangers is a very big opportunity as it shows us the way to play abroad and for the next generation too. I hope the young generation gets inspired by her and Aditi (Chauhan), and think that they can also earn opportunities with foreign clubs like her. Everyone has a dream to play for a top club and so, everyone will work hard and give their full dedication to the game. The effect will be huge on the youngsters in the near future.”

The 27-year-old centre-back, who was nominated for the AFC Women’s Player of the Year award in 2019 after a string of excellent performances spoke about her ambitions to play abroad as well, but stressed that her focus is on the upcoming AFC Women’s Asian Cup 2022, with India set to host the mega-event in two years’ time.

“Every player wants to play for a professional club abroad but as we know, India is hosting the AFC Women’s Asian Cup in 2022 and I want to be focused completely on that for the time being. If I get the opportunity to play overseas, then I will surely go and play but my focus is now on the AFC Asian Cup,” a determined Ashalata asserted.

With the women’s national team consisting of a number of young players at its core, Ashalata stated that she wants to pass on all her experience to her juniors and ensure that the adaptation process is seamless.

She averred, “My Country and the national team is always my first focus. So, I want to share my experiences first with all my juniors and I don’t want to see those who eventually come in the struggle, since the adaptation process takes time. Once I think that I have contributed all I can for my country, then I will quit the game.”

Next year, the veteran defender will complete a decade with the senior national women’s team – having made her debut in 2011 and has been a key figure in the team’s meteoric rise in recent years. When asked about her favourite match with the side, she chose the SAFF Women’s Championship final in 2019 where they defeated hosts Nepal in Biratnagar, in front of a hostile home crowd.

“The SAFF title in Nepal in 2019 has to be the most memorable moment for me. We had lost to Nepal at home only some time back and before the final match, everyone got emotional and we promised Maymol ma’am (head coach Maymol Rocky) that we will bring this trophy to you. In the semi-finals, we faced Bangladesh and all the Nepal fans were supporting Bangladesh, so we also got confused in the situation.

“On the final day, I told the girls to imagine that we are playing in our country and the fans are supporting us, so don’t concentrate on them and just focus on your game. At the start, I felt that a lot of players won’t be able to handle the pressure but I was happy that the junior players played in such a manner that I did not feel that something is missing. All my juniors trusted me, performed brilliantly as a team and gave us the trophy,” Ashalata recalled.