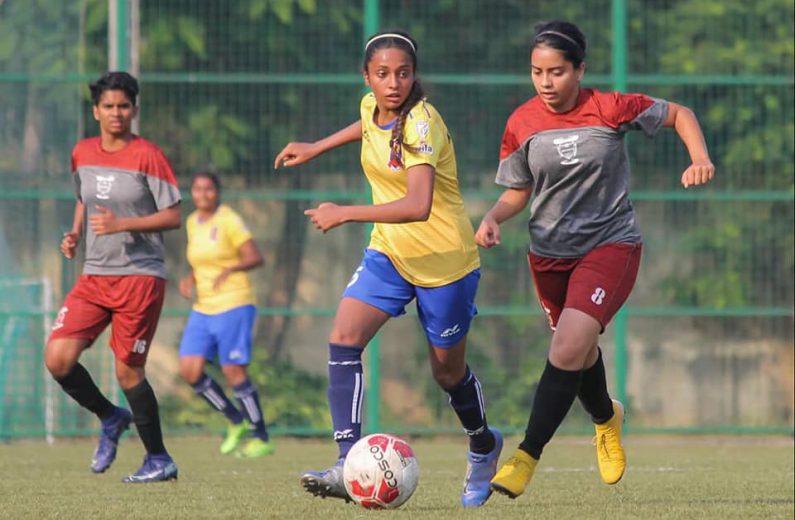 In WIFA Women’s Football League, Deccan XI vanquished UKM Kothrud FC yesterday. On the other hand, Football School of India played out an exciting win against Bodyline SC today.
On 14th November, in the opening encounter, where Deccan XI got the better of UKM Kothrud FC, Ritu Francis of Deccan XI opened the scoreline at the 28th minute. UKM Kothrud at once gave a reply as Vaishnavi Joshi netted for them at the 32nd minute. It was all square and the scoreline read 1-1 till the referee concluded the first half. The second half commenced and Deccan XI scored two goals. Kalyani Desali, a responsible captain of Deccan XI whipped the opposition keeper twice at 48th and 79th minute to take home all three points.
In today’s WIFA Women’s Football League fixture, Football School of India clinched an important victory. They locked horns against a robust Bodyline SC. Sonali Chemate of Football School of India scored the opening goal at the 11th minute which remained as the only goal of the first half. In the second half, she went on to complete her brace at the 61st minute giving FSI a cherishable two-goal lead. However, Bodyline SC scored an encouraging goal through Karen Pais at the 65th minute to make a comeback, but they eventually succumbed to score an equalizer till the last whistle of the game was blown.