U17 World Cup will be an inspiration to lot of young girls taking up football professionally: Firmin Dsouza 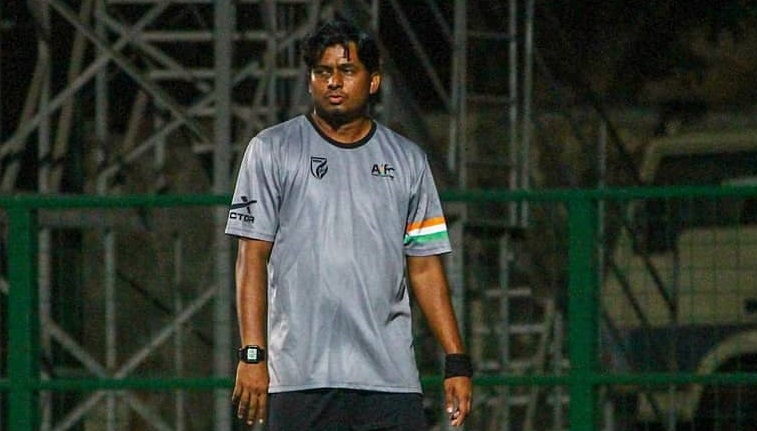 Maharashtra Coach Firmin D’souza in this exclusive interview talks about his team preparation for the Sub Juniors, Women’s U17 World Cup, WIFA Baby league and more

Sub juniors will be held in Orissa, How well is the team’s preparation and what is the atmosphere?

Firmin: Well, this time we have more time in our hand to prepare for this tournament. Few girls have missed this camp because of their vacations but the ones who have turned up are giving their 100%. They have shown their interest and commitment to this game. My aim is to ensure that they learn as much as possible and as a Coach I want to make sure they are becoming better players.

India will be hosting a FIFA U17 Women World Cup soon what do you make of this tournament for women’s football in India.

Firmin: It is certainly a major boost and very much inspiring factor for the girls in India. Women Footballers especially the young girls will be very excited that the world cup is happening in India and this tournament can lead to inspiring a lot of young girls to take up football professionally.

How are the girls’ participations in WIFA baby leagues? Has it shown improvement in numbers?

Firmin:  Well specifically in U8 leagues you will find a lot of girls are participating alongside and boys and are playing together in the same team. This shows the commitment and interest level. Even for women football, these girls at U8 – U12 are at the right age to get in to the game. So it is definitely an improvement.

Finally, you are coach of the India U15 Girls team, a crucial role now that this team will go on to participate in the U17 world Cup. What do you think of this responsibility and how prepared are you for it?

Firmin: Well, I am not certain, whether I would be leading that team or not, it is up to the federation to appoint or change the coach. However the girls under me are capable and have lot of potential and whoever is the coach we hope the team performs in the World Cup and we can show that even we have an identity in Women football and inspire the next generation of young girls to take up football.

So whoever is the coach he has to give his best for the team and make sure that the girls are doing the same because at the end of the day they are playing and representing 130 crore people of India.