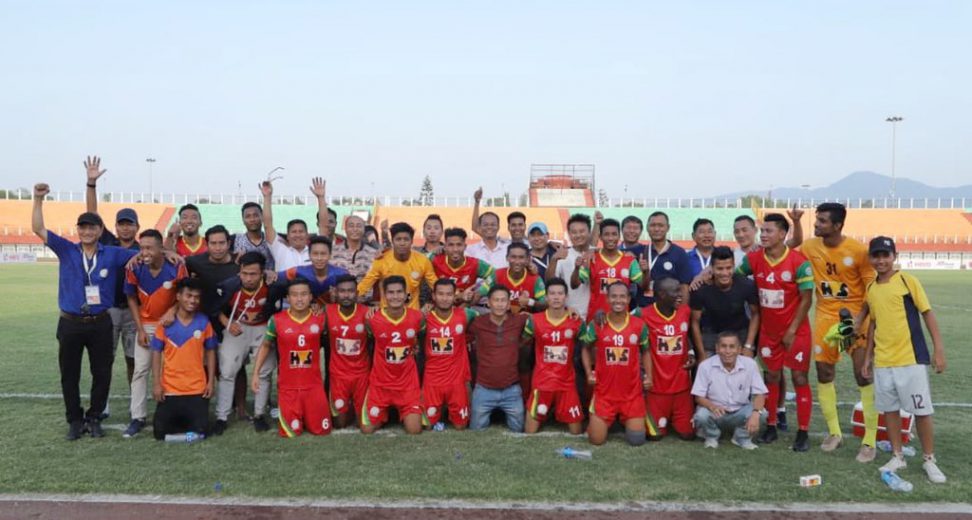 The All India Football Federation (AIFF) lauded Manipur club Tiddim Road Athletic Union FC aka TRAU FC for winning the Hero 2nd Division League 2018-19, and qualifying to the next edition of Hero I-League.

They are the second club from the state after NEROCA FC, to have qualified for the Hero I-League from the second tier in three years.

TRAU FC defeated Ozone FC 2-1 at the Khuman Lampak Stadium in Imphal today (May 19, 2019) to clinch the championship with one match left. After a goal less first half, Princefil Olariche broke the deadlock for the hosts to make it 1-0. Ozone looked to come back with foray of attacks and finally were rewarded as Sabeeth calm finish brought the scores on level terms with just 3 minutes of normal time left.

However, the game was not over yet and in the third minute of injury time, Joseph tucked in a late winner to give TRAU an unassailable lead in the league. The Manipuri side has amassed 15 points from five matches so far, whereas second-placed Chhinga Veng FC are on 10 points having played an equal number of matches.

Mr. Sunando Dhar, CEO, I-League said: “Congratulations TRAU FC for the achievement. I’m sure the Hero I-League will be more competitive and challenging next season with their inclusion. I wish them all the best for the next endeavour.”