Tomislav Rogic is the best I have ever worked with in the National team set-up: Gupreet Singh Sandhu 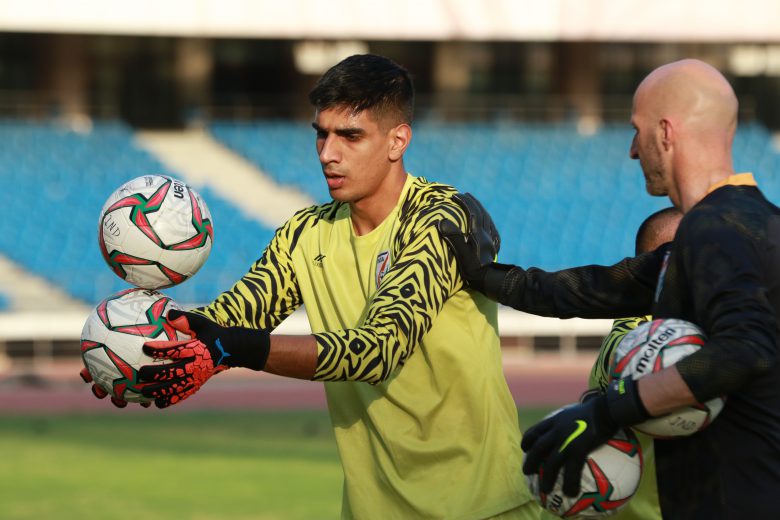 Rogic, who has been training the Indian goalkeepers in the preparatory camp for the King’s Cup has worked with clubs like Shaktar Donetsk, Zenit Saint Petersburg, Club Brugge in the past. “He is the best I have ever worked with in the National team set-up, and even Club Football in India,” Gurpreet stated. In an interview, the first Indian to play in an Europa League qualifier spoke at length about Rogic’s influence, his training methods, the value addition, and much more.

What is your impression of the new Goalkeeping coach Tomislav Rogic?

His experience, and most importantly his ability says it all. I can say with full confidence, especially after I was fortunate enough to experience it in Europe that he is someone of the highest level. He is a class apart. I am sure anyone who will train under him will immensely benefit from him in becoming a better goalkeeper.

What value addition has Rogic been able to incorporate into the goalkeeping department?

Tomislav Rogic comes from the level which we all Indian Goalkeepers aspire to reach. The level of intensity in training, the speed of his training is right up there.  For me to match it every day, to be in that kind of top notch training in this camp has been an exceptional experience indeed. In fact, right on the first day itself, we realized that this camp will be going to be far more different. We gauged, that this man is special, and this is what we need to get to reach to the next level as goalkeepers.

How do you rate him as a Coach especially given the fact that you have trained abroad for a substantial period?

From my experience of having trained with the National Team, and even at the Club level, he stays right at the top. It is so good to have someone who finally knows how to push you the right manner, and show to us what more we can do, and in which manner. With all due respect to all other coaches whom I have trained under in India, or at the National team, they have all tried their best, contributed and made us better. But Tomislav is of a different level. You want to grasp as much as you can.

What makes his training special? Can you elaborate?

He keeps us busy, and keeps it simple. At times it makes you wonder, how simple top notch coaching can be. He never allows us to relax. AS goalkeepers you don’t get much time to think about what is next. You just need to focus on your aspects of goalkeeping, and that’s most important — that’s what is needed. He doesn’t allow you the time to rest, and suddenly, there’s the next move.

How are you approaching his training sessions?

Just go and learn as much as you can. I am trying to grasp the maximum. In fact, not just me, that’s been the philosophy of all the goalkeepers in the camp – Amrinder (Singh), Kamaljit (Singh), and myself; and even Vishal (Kaith — as and when he was in the camp).