Sub-Junior Girls: Mumbai makes it three in a row 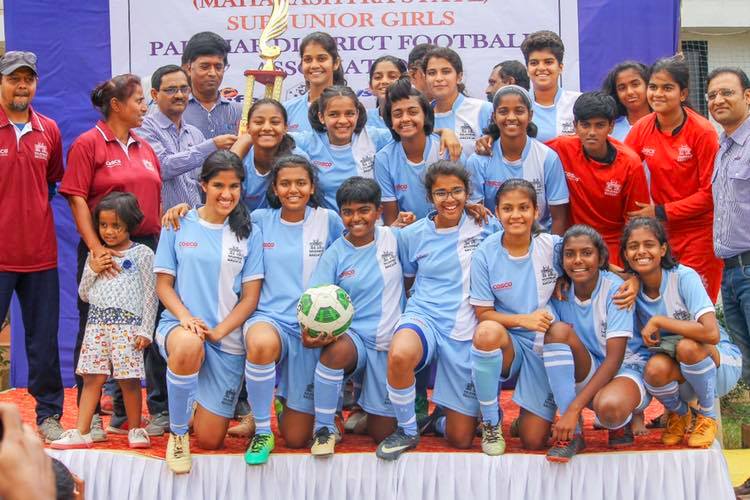 Nagpur came into the final on the back of a thrilling win against Pune. With the score locked at 3-3 in normal time, the match went into the penalties where Nagpur edged Pune 5-4. Meanwhile, Mumbai District had defeated Kolhapur 3-2 in a mouth-watering encounter.

Just like in the semi-final match against Kolhapur, Mumbai started off perfectly after Mehak Lobo opened the scoring in the 4th minute. A well-taken corner by Tanisha Laud was superbly turned in by Mehak who had an outstanding campaign this season as well.

Fourteen minutes later, Tanisha and Mehak combined again as Mehak’s glancing header doubled Mumbai’s lead. Nagpur responded positively after conceding the second goal and defended well to avoid any further goals. But in the second half, Mumbai went all guns blazing as they scored thrice to complete a sensational win.

Priyanka set up Riya D’Souza who scored Mumbai’s third goal before Riya served Angeline Anthony who grabbed the fourth goal in the 44th minute. In the closing stages of the game, Ash D’Silva was set up by Sai Sankhe who bagged Mumbai’s fifth and final goal.