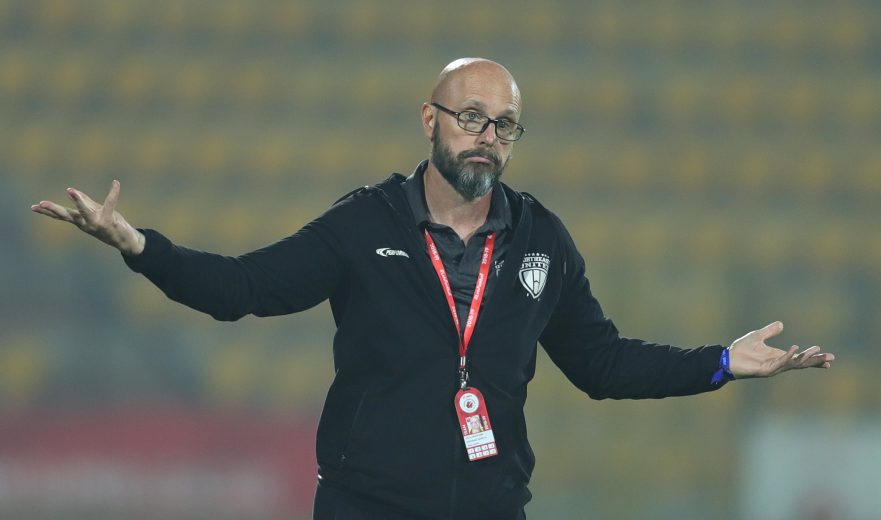 NorthEast United FC coach Eelco Schattorie took to twitter to “thank everyone for a beautiful season.” Owner John Abraham was “incredibly proud of how our boys fought with their whole soul despite all the injuries – shows their incredible character.”

This has been a season to remember for NorthEast United. They made it to the play-offs of the Hero Indian Super League for the first time in five attempts, and even though they were unlucky to have been knocked out in the semi-finals – despite a win at home in the first leg – there were plenty of positives.

When the squads were announced before the ISL commenced, not many predicted NorthEast United to go all the way and make history. With the season nearing a grand conclusion, the Highlanders not only secured their first ever entry into the playoffs but also nearly made it to the final.

Had it not been for crucial injuries, the story may well have been different. First, NorthEast had to play their first leg without Bartholomew Ogbeche and Rowllin Borges for the second half. And for the crucial away clash against Bengaluru FC on Monday, they were dealt a heavy blow when Federico Gallego suffered a huge injury. Without their top three players, it was effectively over for NorthEast.

The end result would have been painful. Bengaluru were made to work hard for most of the two-legged tie and in the end, injuries to key players ultimately hampered Schattorie’s plans.

“Our season has been a memorable one. We only lost four times this season. That means we must have done something right. There are a lot of games where we fielded the strongest XI and we played well in those games. Today we started without two key players (Rowllin Borges and Bartholomew Ogbeche) and a team is all about the balance,” Schattorie said after their semi-final exit.

Schattorie was never blessed with a luxury of choices when it came down to team selection. There was almost always a player injured or suspended, but his astute tactics and man management overcame the drawbacks. Schattorie and his players, though, exceeded expectations, and they nearly went all the way, a feat that deserves plaudits. It surely looks like the start of something great at NorthEast under the Dutch coach who has almost finished making a Ferrari out of a Mini-Cooper.

What if all their players were fit? What if Gallego was not injured after an unfortunate clash with Miku when they were very much in the contest and on their way to the final? NorthEast fans will keep thinking about the possibilities but even in defeat, the Highlanders have won plenty of admirers.