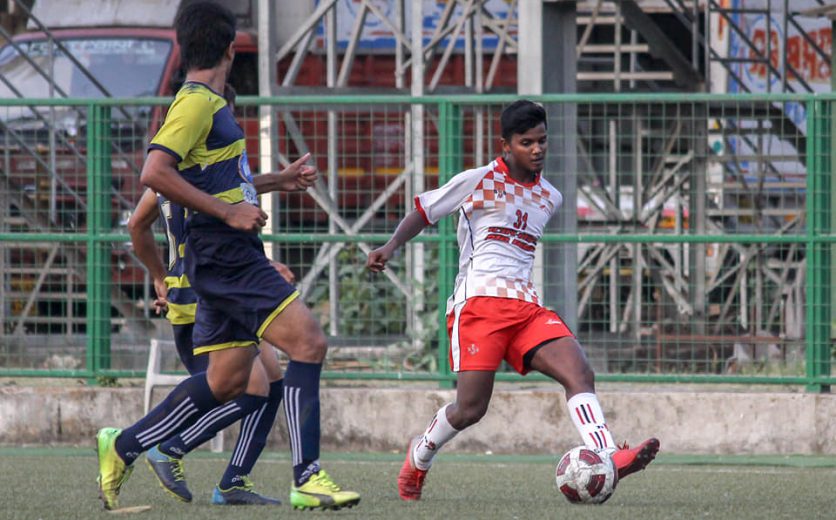 5th May 2019, Mumbai: On Saturday evening, the mighty Air India took on Mumbai Customs in the MDFA Elite Division Final at the Cooperage Stadium in front of a packed stadium. Liyaz Koya’s brilliance between the sticks secured Customs their first league title in 27 years as they defeated Air India 4-1 in penalties.

Mumbai Customs has always been the contenders over the years in the MDFA Elite Division. But with ONGC and Air India at the helm, they never managed to leapfrog the usual suspects. Little did anyone knew that it was about to change.

Godfrey Pereira’s Air India started off brilliantly and looked the favorites but their poor decision making didn’t help their cause. Just like the previous game, they were struggling to find the net after creating several great chances. Meanwhile, on the other end, Mumbai Customs defended brilliantly. Veteran defender Hekmat Singh read the game perfectly. After a dull first-half, the tempo increased in the second.

Both the sides created numerous openings in what was a joy to watch as a spectator. The turning point of the game occurred in the dying moments when Air India was awarded a penalty. It was in the injury-time when Rinaldo Fernandes stepped up to take the penalty but Customs Goalkeeper Liyaz Koya had other plans. Liyaz dived to his left to deny Rinaldo and take the game to a penalty shootout.

That moment right there boosted Koya’s confidence. He went on to save three penalties (Vijith Shetty, Suraj Negi, and Lokesh Nishad) to completely take the match beyond Air India’s reach. Defender Joshua Vessoakar took the responsibility to take the winning penalty and comfortably smashed his effort into the roof of the net to win the Elite Division title for Customs after 27 years.

Liyaz Koya went on to win the MDFA Elite Division Best Goalkeeper award later in the night. This is a huge achievement for Mumbai Customs as they did the unthinkable. It has been a while since a team not named Air India or ONGC had won the league title. A proud moment for Cedric Fernandes and his side.