Low key affair on Day 4 as Thane grab the spotlight 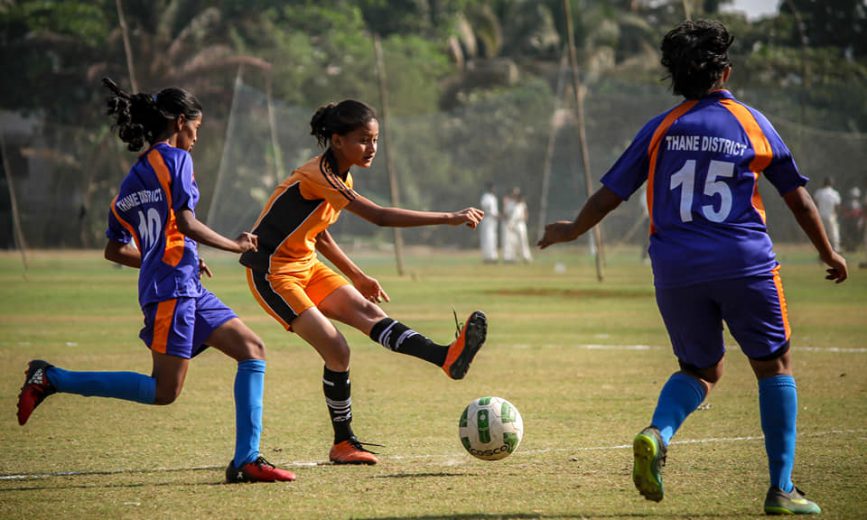 An anomaly given the goal-rush that happened during the first three days!

The 2019 Wifa Inter-District Championship Sub-Junior Girls is hosted by the Western India Football Association (WIFA) and Palghar FA. A clutch of teams from Maharashtra are vying for top-spot in what is essentially a knock-out format.

Thane’s 4-1 win against Beed was the highlight of the day. Excellent ball-distribution and team chemistry was Thane’s USP as they swept Beed aside. Early goals from Jhanvi Dhale and Vaishnavi Pokale seemed to have made it a no-contest. But Beed fought back after Sanchita Dinkar scored in the dying minutes of the first-half. Harshita Balakrishnan and Jhanvi Dhale struck late in the second-half to complete the formalities for Thane.

The second game was ‘Battle of the Orange’ as Kolhapur downed a stubborn Ahmednagar. Though both teams battled it out physically still Kolhapur had the firepower to score thrice. Two goals from Samrudhi Katkole in either half coupled with Sanika Patil’s goal sealed the deal for Kolhapur. Two great saves from the custodian was the sole positive for Ahmednagar. It allowed them to not lose by a wider margin.

Nashik dumped out Palghar with a superb team performance in the third and final game. Grishma Kothari was the star for Nashik as her two goals in either half gave them a 2-0 win. Nashik completely shut out Jenita Jaison and Arrchie D’souza to nullify Palghar’s attacking threat. Kothari’s first was a composed finish from the edge of the area while the second was a lob curled over the keeper into the net. Nashik defended well and scored when it mattered most to grab a deserving win.

Though Day 4 was a low-key affair still we do hope to see loads of goals, solo efforts and glorious moments come Day 5 of the 2019 Wifa Inter-District Championship Sub-Junior Girls.

Also Read: Kick the Taboo returns for season 2 but with a twist

Kick the Taboo returns for season 2 but with a twist
Sub-Junior Girls: Nagpur defeats Pune in a thrilling semi-final