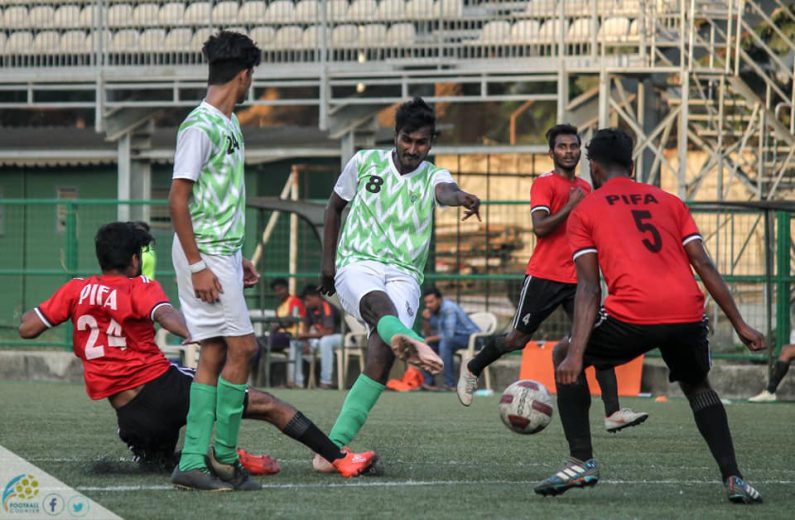 30th January 2019, Mumbai: On Wednesday evening, KSA (Karnataka Sports Association) locked horns against a tricky PIFA side in the MDFA Elite Division (Private Group) at the Cooperage Stadium. KSA bounced back from 1-0 down to register a crucial 3-1 win and cement their place at the top of the Private Group table.

PIFA suffered their second loss of the season and currently lying at the sixth spot in the table. They made a brilliant start but KSA’s attack turned out to be too strong for PIFA. It was in the 22nd minute when PIFA broke the deadlock.

Satish Thevar received the ball in the center of the park, made a couple of strides, and unleashed a venomous left-footed strike which hit the inside off the bar and crossed the goal-line. KSA was left stunned. Prior to Thevar’s goal, KSA had several chances but couldn’t manage to convert it into goals.

KSA responded in their own style. Moments after conceding, KSA was awarded a penalty. Johnson D’Silva stepped up and comfortably converted from the spot to level the score. The momentum completely shifted to KSA’s yard.

At the stroke of half-time, KSA scored twice to turn the game completely on its head. Sanchit Singh scored from close range before Steven Dias’ pinpoint cross met Aashish at the other end who bagged KSA’s third goal.

In the second half, KSA dominated the match proceedings but also missed various opportunities in the process. No more goals were scored as the game slowed down after an intense first-half.