KSA and U Mumba settles for a point 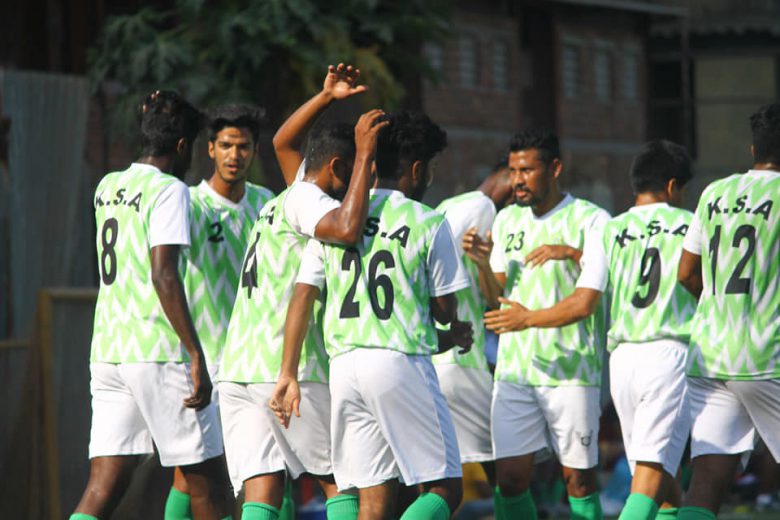 18th April 2019, Mumbai: On Thursday evening, Karnataka Sports Association (KSA) faced U Mumba in an anticipated MDFA Elite Division (Super Eight) encounter at the Neville D’Souza Turf in Bandra. Both the outfits scored in the first-half itself as the game ended in a 1-1 draw, giving a point each to either side.

KSA made a great start as they dictated the terms at least in the first quarter of the match. It was former Mahindra United and Mumbai FC star Steven Dias who served Aashish Lalge with an assist in the 13th-minute which opened the scoring.

U Mumba responded well and pushed forward to find the equalizer but KSA defender Kamlesh Nadar made several key interceptions and broke U Mumba’s rhythm.

On the other end, it was Floyd Dharmai who defended brilliantly throughout the game. The former Kenkre FC player kept KSA’s attack at bay. U Mumba’s constant pressure paid off in the additional time of half-time.

Daniel Muthu found himself in the scoring position and finished his effort perfectly to level the score. At the break, the score was evenly poised at 1-1.

Both the outfits were brilliant defensively which kept the game alive. Forward Aashish Lalge was lively around the box but couldn’t manage to break past U Mumba’s defense. In the end, the points were shared by either sides in what was a lively and entertaining game of football.