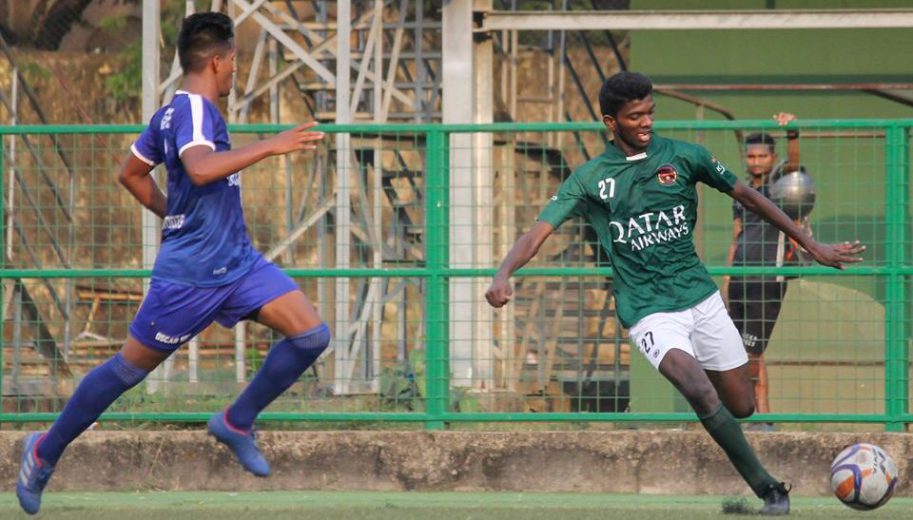 Kenkre and Iron Born romped to a comfortable win through Aman Gaikwad and Aniket Gunjal’s strike.

In yesterday’s Hero Elite League fixture, Iron Born faced FC Mumbaikars in the opening encounter. Iron Born imposed pressure from the start of the match. They created plenty of chances in the first half which was kept at bay by FC Mumbaikar’s robust defence.

Failing to score at the first half, both teams came out with added intent for the final 45 minutes. Iron Born maintained the momentum and finally got the breakthrough in the final quarter of the game. Aniket Gunjal found the back of the net heading in from a corner. They scored their only goal at the 80th minute, which eventually led Iron Born to bag all three points.

On the second game of the day, Kenkre FC defeated Oscar SSE by a solitary goal. In the starting half, Kenkre got the better of Oscar but failed to find the net. Creating several opportunities at the final third, Kenkre lacked the patience to score.

The first half saw both the teams head to the tunnel with a goalless affair. In the second half, things bettered as both Kenkre and Oscar displayed end to end football. At the 53rd minute, Saif Qureshi of Oscar SSE made a rough challenge on Girish Nadgivekar which resulted in Kenkre winning a penalty. Aman Gaikwad made no mistake from the spot as he put a low ball on the right side of the net. His only goal was the decider until the final whistle of the match.

Kenkre sits at the top with 6 points from 2 games whereas Oscar has 3 points from two games losing this match and winning the other.