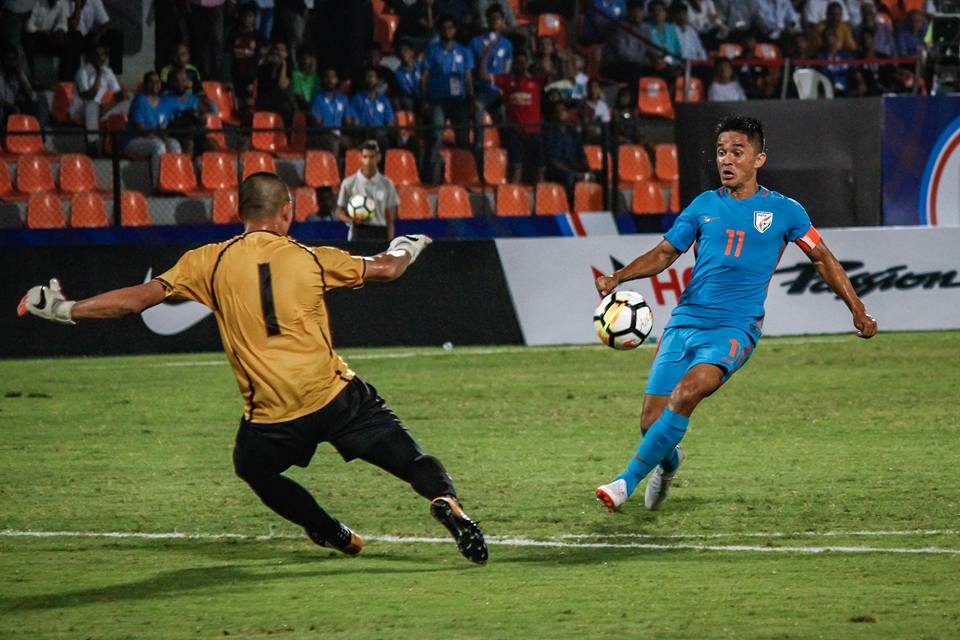 The Indian National Team will be playing in the invitational Kings Cup in Thailand in June. All matches will be held at the Chang Arena, Buriram, which has a seating capacity of 36000.

Besides India, and hosts Thailand, the other teams in the competition are Vietnam, and Curacao. As per April 2019 FIFA Rankings, India are ranked 101, with Thailand at 114, Vietnam at 98, and Curacao at 82. The King’s Cup is a FIFA-sanctioned international ‘A’ tournament being organised by the Football Association of Thailand since 1968. India’s previous participation in the King’s Cup was in 1977.

Two matches will be held on June 5, the winners of whom qualify for the final. The two others teams would be playing the play-off for the 3rd spot. This is the first time in 18 years that the Blue Tigers will be playing in a FIFA Ranking tournament, the last being the Merdeka Tournament in Kuala Lumpur in 2001.

Mr. Kushal Das, General Secretary, AIFF said the King’s Cup is the perfect platform for the new coach to “understand the nucleus of the team.”

“The new National Coach will be on board by mid-week of May. With the FIFA 2022 World Cup Qualifiers scheduled to kick-off in September, the King’s Cup will help the team get in proper shape for the tough challenges ahead,” he stated. “I am extremely thankful to the Thailand FA for sending us an invitation to play in the tournament.”

The 2018 edition of the King’s Cup was won by Slovakia when they beat Thailand 3-2 in a thriller in the final, while Gabon beat UAE 1-0 to clinch the 3rd place.