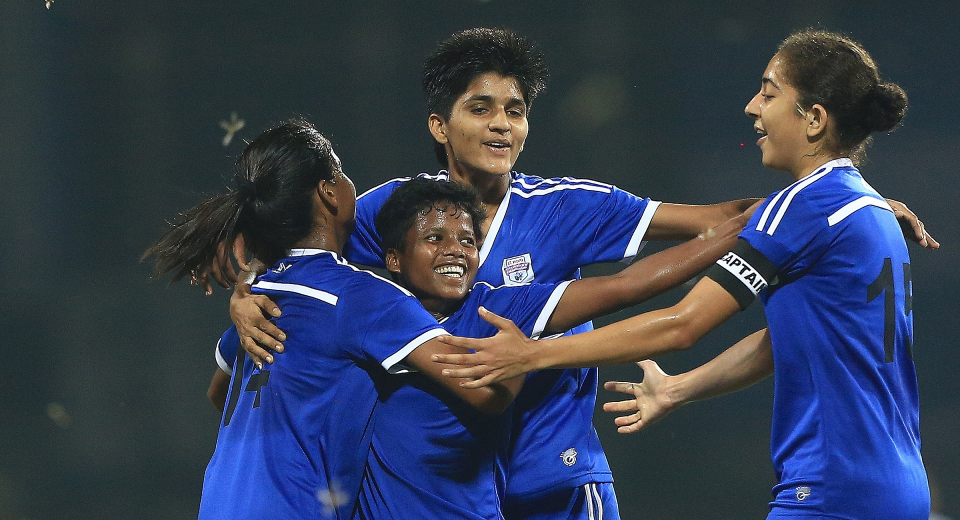 Both matches saw 7 goals apiece as Tigresses beat Panthers 5-2 and Lionesses defeated Cheetahs 6-1 to make it to the final of Hero U-17 Womens Championship on Sunday with a game left to play.

Fourteen goals were scored on the second day of the FSDL-organised Hero U-17 Women’s Tournament here on Wednesday.

Head coach Priya PV masterminded the five-star win for Tigresses over the Panthers in the first match of the evening. Anju (14’ and 27’) scored a brace while Nitu Lina (17’), Amisha Baxla (60’) and Karen Estrocio (66’) added their name on the scoresheet. Panthers had something to cheer for as strikes from Shree Lakshmi (77’) and Lalnunsiami (80’) made for a respectable reading.

Anju scored on either side of Linda’s long ranger goal while Baxla and Estrocio, the two goalscorers from Monday joined the party after the hour mark but Panthers striker Lalnunsiami ensured Manisha did not enjoy a clean sheet. The Mizoram-born assisted Shree Lakshmi before helping herself to a goal. However, the comeback was too late as the Subhash Chakraborty-coached side exited the race to reach the final after twin defeats.

Aimed at scouting for the best talents to form the U-17 team ahead of India’s participation and hosting of the 2020 FIFA U-17 Women’s World Cup, the fourth game of the tournament had more excitement in store as head coach Thomas Dennerby looked on from the stands.

Lynda’s shot hit the pole but Sumati was smart to follow up and tap in for the first. Lynda deservedly got her goal when she scored from 20 yards out but Panthers’ Kashyap bettered the distance with her goal coming from around 30 yards out.

Shilky Devi made no mistake from the spot as Lionesses got back the two-goal cushion before Priyangka Devi and Lynda’s second, which made her the leading scorer of the tournament with three goals. Sai also came off the bench to make it half a dozen.

Lionesses has set up a date with Tigresses, who have similarly won both their group games so far. Interestingly, both of them face each other in the final group stage game for bragging rights on Friday leading to the summit clash. Cheetahs and Panthers would vie for pride on the same day.