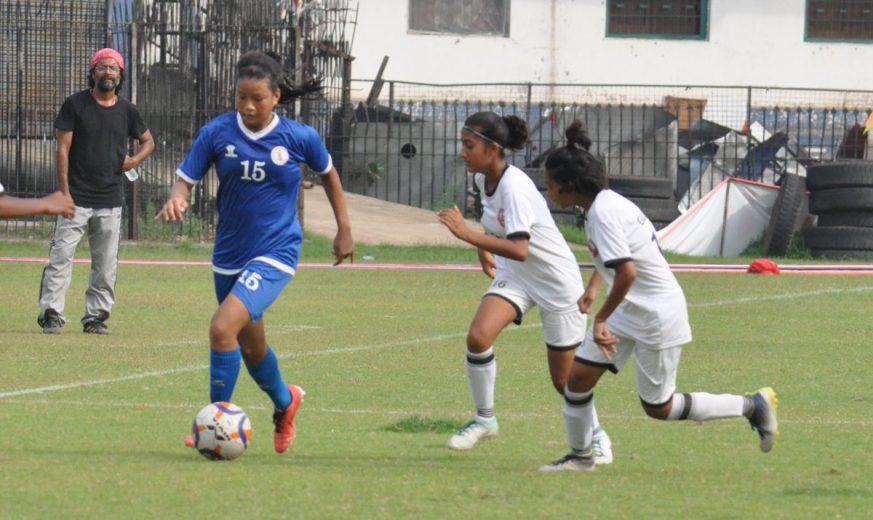 Arunachal Pradesh were as dominant as ever against Gujarat, as Tallo Ana went on to score a hat-trick in a convincing 4-0 win against Gujarat and enter the final.

With the three goals in this game, Ana moved her tally to 15 goals, the highest so far, in this edition of the tournament.

The North-eastern side got off the blocks early on, as Tallo Ana rounded off Gujarat goalkeeper Ankitaben Prajapati Thakor, before firing it into the net in the sixth minute. Arunachal doubled their lead just before the water-break, when captain Simran Zeeba struck a long-range free-kick that sailed over the Gujarat keeper and into the net.

Gujarat did come out with more initiative in the second half, but they soon ran out of steam, and Arunachal capitalised on that, as Ana netted her second from a goalmouth melee. The Arunachal striker put the proverbial cherry on top of the cake, when she dribbled past the Gujarat defence on the 80th minute and slotted it past the keeper to make it four.

Arunachal are now set to square-off against Jharkhand in the final on Thursday, June 20, at the Barabati Stadium, in Cuttack. The match will kick-off at 03:30 PM.

For Fixtures and group standings of the tournament:—> Hero Sub Junior Girls NFC