Goa, Chennaiyin face off in the final with redemption and silverware on the line 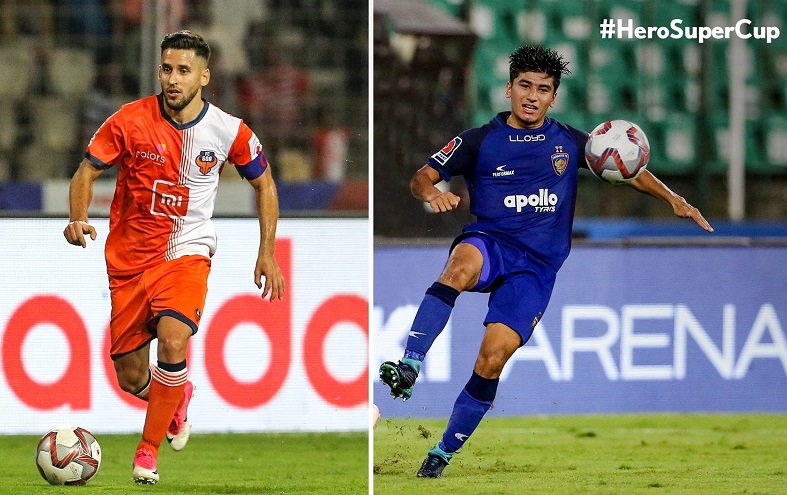 FC Goa and Chennaiyin FC will face off in the Hero Super Cup 2019 final at the Kalinga Stadium in Bhubaneswar on Saturday. Both teams will go into the match looking for redemption, albeit for very different reasons.

Goa had to endure the heartbreak of losing out on the Hero Indian Super League (Hero ISL) 2018-19 title on the last day of the campaign, going down to Bengaluru FC courtesy of an Extra Time goal. Winning the Hero Super Cup will help Sergio Lobera’s side soften the blow and claim silverware for the first time in the club’s history.

For Chennaiyin, the Hero ISL 2017-18 champions, the 2018-19 campaign turned out to be a disastrous one. John Gregory’s men saw their title defence fall face-first as they ended the season at the bottom of the table. Winning the knockout tournament will be a big opportunity for Chennaiyin to give the disappointed fans something to cheer about after what has been a nightmarish season.

The two teams have plenty of history between them, most notably, facing off in the Hero ISL 2015 final – a dramatic and feisty match which Chennaiyin eventually won 3-2 courtesy of two very late goals.

The Hero ISL 2018-19 finalists have been in fine form in the Hero Super Cup putting in some stunning performances, which saw them score 10 goals in three matches. Despite having to face Hero I-League 2018-19 champions Chennai City FC in the semi-final without the likes of Edu Bedia, who was suspended for the tie, the Gaurs faced little trouble dispatching of a strong Chennai City side which, throughout the season, established itself as arguably the most exciting team in the country.

With Edu back for the final, Goa will be even stronger heading into the decider on Saturday. The Goa outfit has been in fine form offensively, with the likes of Ferran Corominas, Brandon Fernandes and Bedia all amongst the goals. Young left-back Saviour Gama has been turning heads with his performances in the tournament and will look to elevate his fast-growing reputation with another solid display on Saturday.

There were questions raised over Mourtada Fall and Carlos Pena after an unconvincing display in the final 20 minutes of their quarter-final tie against Jamshedpur, but the Gaurs’ centre back pairing was rock solid against Chennai City, keeping the Hero I-League champions’ famed attacking line in check throughout the match. The Gaurs also did a double over Chennaiyin in the Hero ISL this season, beating them 3-1 in Chennai and then 1-0 at home.

However, Goa would do well not to rest on their laurels from the previous results against Chennaiyin. Despite struggling terribly during the campaign, John Gregory’s side has looked like a side transformed post the Hero ISL. Chennaiyin have been unbeaten in their last six fixtures in the AFC Cup and Hero Super Cup, conceding just one goal in the process.

The Chennaiyin defence, marshalled by Mailson Alves and Eli Sabia, has been rock solid of late and the return of Dhanpal Ganesh in midfield has only helped. Ganesh, who missed the entire Hero ISL season with an injury, is possibly one of the best holding midfielders in India and was integral to Chennaiyin’s Hero ISL triumph in the 2017-18 season. The 27-year-old still finding his feet after a lengthy layoff, but his physicality and tenacity in midfield has given Chennaiyin the spark they lacked so dearly during the Hero ISL.

Besides providing ample cover for the backline, Ganesh’s reassuring presence allows Chennaiyin’s more creative midfielders – Raphael Augusto and Anirudh Thapa – to play with more freedom on the opposition half. Thapa, in particular, has benefitted immensely from it and has established himself as the team’s talisman. The youngster’s technical abilities have shone through in the last few matches and the 21-year-old has been central to everything good Chennaiyin have managed going forward. Two back-to-back Hero of the Match awards in the quarter-final and the semi-final of the Hero Super Cup bears testimony to the impact the youngster’s resurgence has had on the team.

Goa will need to make sure they mitigate Thapa’s influence on Saturday if they want to avoid being manoeuvred out of the tie like NorthEast and ATK. The duel between Thapa and Goa’s defensive anchor Lenny Rodrigues may very well be the mini-duel which decides this year’s Hero Super Cup champions.