Coach Igor Stimac has a tactical plan for everyone: Jobby Justin 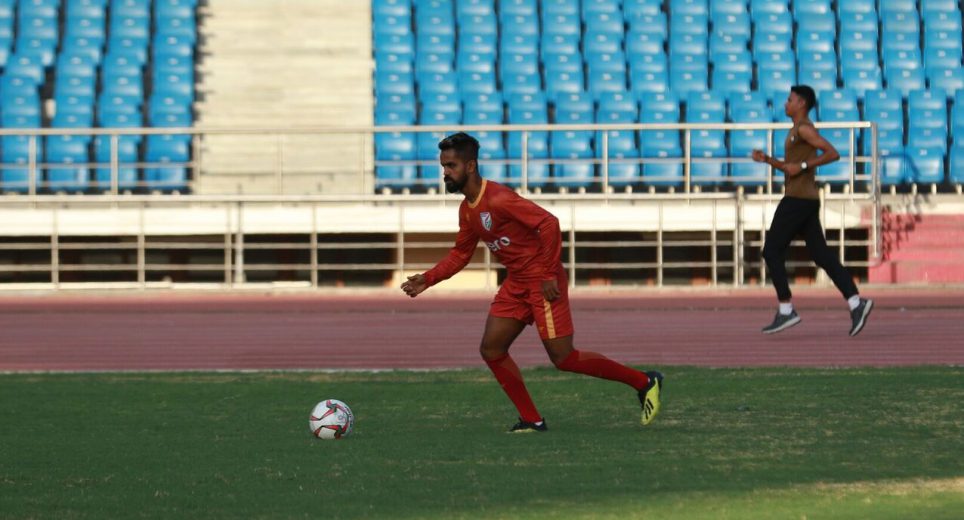 The latest scoring sensation of Indian Football Jobby Justin mentioned that coach Igor Stimac has been working on how the entire bunch can be “physically, mentally, and tactically stronger.”

Speaking during a media interaction on the sidelines of the Indian National Team’s preparatory camp in Delhi, Justin stated: “He (Igor Stimac) has laid down a tactical plan for everyone. He has spoken to us personally, mentioning what is expected from us,” Justin revealed. “Obviously that’s something which I can’t share, it’s solely for us,” he smiled.

“Personally I am learning day by day. I am getting stronger day by day. There are various aspects of a camp, the diet, discipline, training sessions, etc. I am learning much from the new coach. His training has made us united,” Justin, who along with Sunil Chhetri finished as top Indian goalscorer finished on 9 goals each in the last season expressed.

The Blue Tigers have been training in the Capital for the forthcoming King’s Cup to be held in Buriram, Thailand. India play Curacao in the tournament opener on June 5.

At the same time, Justin made it clear that there’s no room for any comparison between him and ‘maestro’ IM Vijayan, who is arguably one of the greatest Indian footballers of all time. “There is only one IM Vijayan. Every day I try to learn a trick or two from him. He has been kind enough to give me inputs. He is inspirational,” Justin maintained.

Even as the Blue Tigers had a double session at the Jawaharlal Nehru Stadium on Tuesday (May 28, 2019), Justin revealed coach Igor Stimac prefers to follow a strict diet regime. “The coach shares his playing as well as coaching experiences back in Croatia and tries to motivate us. He is very particular with the diet regime.”

Not many stay aware that during his wee days Jobby used to play as a wing-back, and not as a striker.

“I started my career as a wing-back,” he nodded. “But it was while playing for the departmental team, my coach starting fielding me in different positions. I found that very challenging, and thoroughly enjoyed it,” he explained. “Eventually after scoring some goals, he started using me as a striker, and it continued from thereon.”