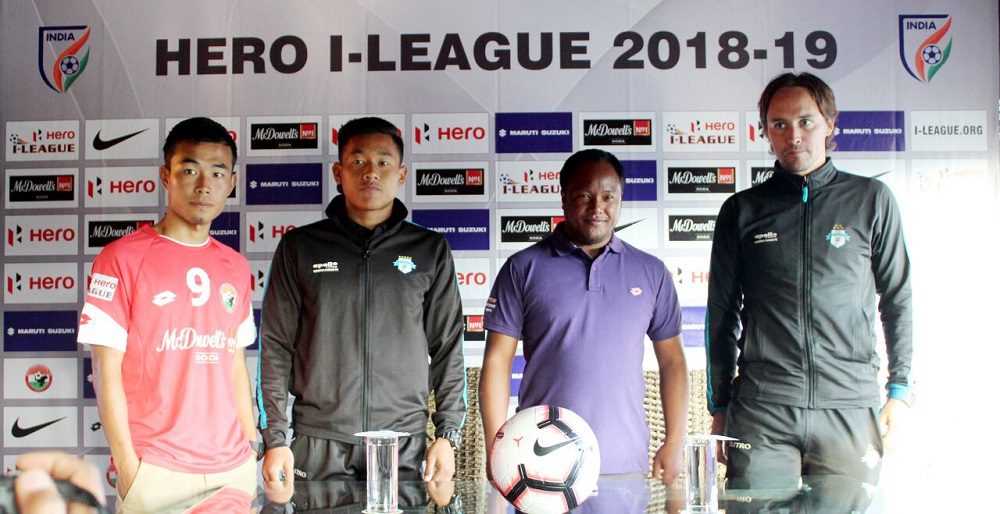 Chandigarh, January 24, 2019: Champions Minerva Punjab, their hopes of defending the Hero I-League title now quashed, resume Game Week 14 of the 12th Hero I-League with a clash at the Tau Devi Lal Stadium in Panchkula, against bottom-placed Shillong Lajong on Friday, January 25, 2019. The game is scheduled for a 2 pm IST kick-off and is a return leg fixture, the first game at the JLN stadium in Shillong ending in a 2-2 stalemate.

Minerva have not won in over a month and a half and the last points Shillong picked up was against their Friday hosts in the first leg over two months back, giving both reasons to look forward to the game with zeal.

Minerva managed a last-gasp equaliser in their previous game at the same venue against Gokulam Kerala and their search for goals and goal-scorers continue this season.

Three of the mere seven goals that Minerva have scored in the 13 games played so far, have come from defenders including last week’s lone goal against Gokulam. Irish coach Paul Munster will be a worried man with AFC Champions League games getting closer by the day.

He seemed to be acknowledging the problem in the pre-game presser, when he said, “We have used seven strikers and it wasn’t good enough. We lacked in concentration and also made a few mistakes which the boys are working on. We have a new dimension on the attacking line now. We just want to keep up the hard work.”

Shillong, despite having lost 11 of their 13 games, have scored seven more goals than Minerva and with nothing to lose, will fight for pride and their free-flowing relentless attacking game might just be a threat for a Minerva under pressure.

It remains to be seen how Shillong coach Alison Kharsyntiew encourages his young boys to fight, with relegation staring them in the face.

The coach seemed to be in no mood for a letup in attacking play though, sharing in the press conference, “We have scored and conceded goals. Our last match against Kashmir was good. We are looking at scoring more goals. We have played good matches with enriching experiences. They will help us in playing this season and for the next season.”

Phrangki Buam is one Shillong player who has had a good campaign, scoring four times to be the second-best Indian goal scorer of the league after Jobby Justin of Quess East Bengal and he will look forward to the game having scored one of his team’s two goals in the first leg at home.

So did Philip Njoku and William Opoku Asiedu for Minerva, two players who have scored more than once this season for the Champions and will also look forward to getting more goals against their name against comparatively easier opponents on paper.

Shillong have, however, surprised often in the league campaign and Minerva have often been surprised this season, therefore it will be all to play for at the Tau Devi Lal on Friday.

The impact of the Asian cup will be huge for Indian football, states Gurpreet Sandhu
We got to experiment against a quality opponent: Maymol