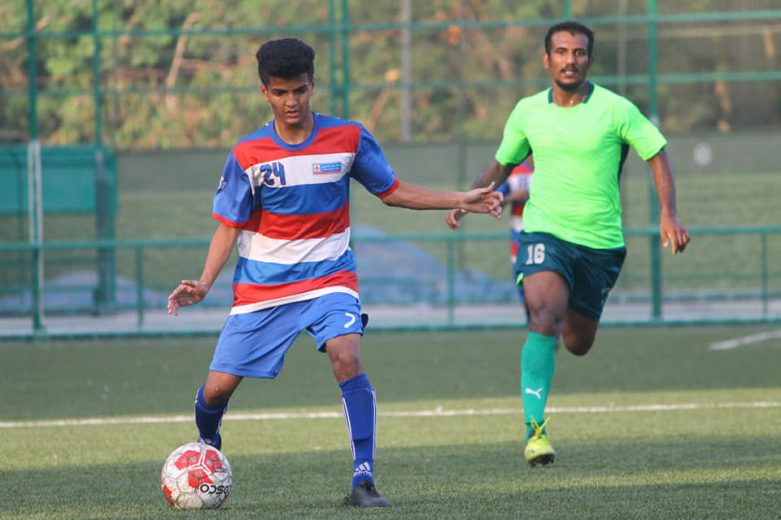 4th April 2019, Mumbai: In the last couple of days, a total of four MDFA Elite Division matches were played at the Neville D’Souza Ground, Bandra. In what was a series of exciting games, Kenkre got the better of Salcette, Mumbai Strikers ended their drought, CFCI rocked U Mumba, and Central Bank of India (CBI) brushed past HDFC to qualify for Super Eight. Here is the summary of the same:

Kenkre FC 3-1 Salcette: The losing side, Salcette, made Kenkre FC walk on the edge of the sword with a gritty display. Although it was the experience and patience which helped Kenkre FC to snatch all three points.

Kenkre opened the scoring in the first-half itself through prolific striker Ashrafali Makandar. Salcette started to grow in confidence and leveled the score early in the second-half through Sameer Sawant. Just when Salcette thought they have ensured at least a draw, substitute Yogesh Kadam’s tap-in turned the game around. Two late goals by Yogesh and Lester Fernandes sealed the game for Kenkre. With one to go, Kenkre is five points clear at the top.

HDFC 0-1 Central Bank of India (CBI): In what was the decisive game for the qualification to Super Eight, Central Bank of India narrowly edged HDFC 1-0 to qualify for the next round of Elite Division.  HDFC only needed a draw but CBI stayed firm and defend brilliantly to keep HDFC’s attack at bay.

It was Yogesh Negi’s first-half goal which made the difference between both the sides. Along with ONGC, Air India, and Mumbai Customs, CBI has made it to the Super Eight from the Corporate Group.

With this win, Sandeep Singh’s side has registered their fourth win of the season and currently lying seventh in the Elite Division table. A huge sigh of relief for one of the most renowned clubs from Mumbai.

CFCI 3-1 U Mumba: U Mumba suffered a shock defeat at the hands of CFCI on Wednesday which, as of now, has opened the race for the fourth and final spot of Private Group. With this win, CFCI has leapfrogged GMSC to move to fourth but GM is yet to play two more games.

Their last two opponents are Sellebrity and Companeroes with only one point separating GM and CFCI. Pradeep Mannewar scored twice on Wednesday, whereas, Mohd. Ishaq scored the other goal.