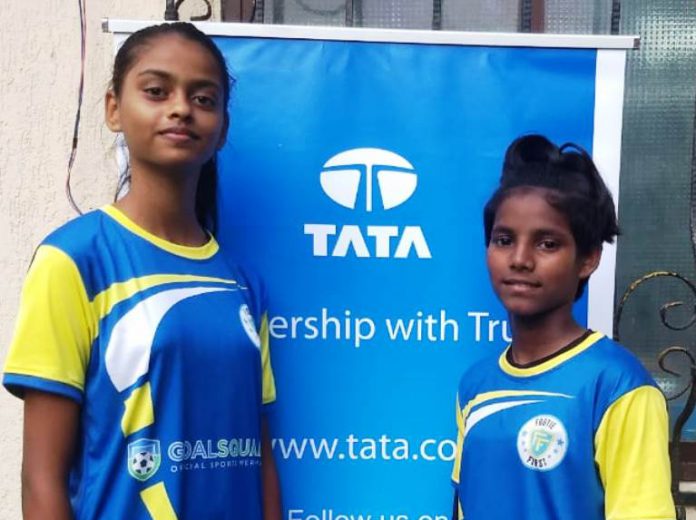 Strikers Aditi Telkar and Amrapali Jadhav struck a goal each and inspired Footie First FA to a fluent 2-0 win against Bodyline FC ‘B’ in a Women’s Open first round match of the Catholic Gymkhana Rink Football Tournament 2019, played under floodlights at the Catholic Gymkhana’s artificial turf, Marine Drive. The tournament is being conducted under the auspices of the MDFA.

The contest between two young outfits saw Footie First take a first minute lead when Aditi tapped in from close. Bodyline fought on gamely and had their chances, but Footie First managed to once again find the net through Amrapali and double their lead and secure the team’s progress to the quarter-finals.

Later, in another keenly contested encounter, Joga Invincibles recorded an identical 2-0 win against Kenkre FC to also advance to the quarter-finals. Delfiya Pereira and Levanah Samuels were bang on target with a goal each for the winning side.

Meanwhile, in Men’s Open first round action, Maryland United rode on Hashim Rogangar’s twin strikes to overcome Samba Boys 3-1. Samba Boys took the lead early in the first half. But Maryland United came roaring back and scored three goals in the second period with Dustin D’Costa netting the third goal to complete their win and move into the second round.

In another match, St. Jude got the better of FC Lucas by a narrow 2-1 margin in a hard-fought encounter. Ajay Mangela and Vicky Mangela scored a goal each for St. Jude, while FC Lucas scored through Ashwin D.

Trials for Oscar SSE Elite Program for U13, U15 and U18 is now open
Hero IWL games feels like International match: Sabitra Bhandari