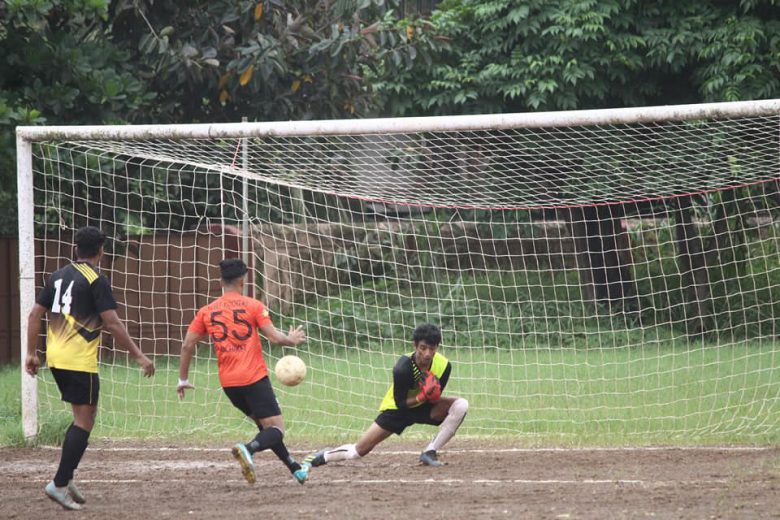 The first semi-final was played between Maryland United and Milan Club with the latter edging its way to the 3rd consecutive final appearance. After normal time yielded 1-1 result, the game entered penalty shootout where Maryland missed the fourth attempt to convert 4 out of 5 spot-kicks. At the other end, Milan Club made no mistake and converted all their opportunities to win the game 1 (5) – 1 (4) on Penalties.

In the 2nd semi-final of the day, Fleet Footers FC breezed past Tiger Foundation with a comfortable 3-0 win to make it their third consecutive final appearance of Borivali Premier League. A brace from Collins and a goal from Dhawal Waghela sealed the game for Fleet Footers. The defending champions have been red hot form this tournament so far and are yet to drop points. The team’s strong attack coupled with a resolute defence has been the key reason to this run, in the six games so far, Fleet Footers have scored 33 goals while conceding just two goals.

With these results, the teams for the title clash of Borivali Premier Football League will be a repeat of last two editions of the tournament. However it will be interesting to see whether defending champions make a hat-trick of title or Milan Club break the final Jinx. The other game of the final day will see for the third time Maryland United competing for the third place, this time facing off against Tiger sports. Maryland United had finished 3rd in the last two edition too.