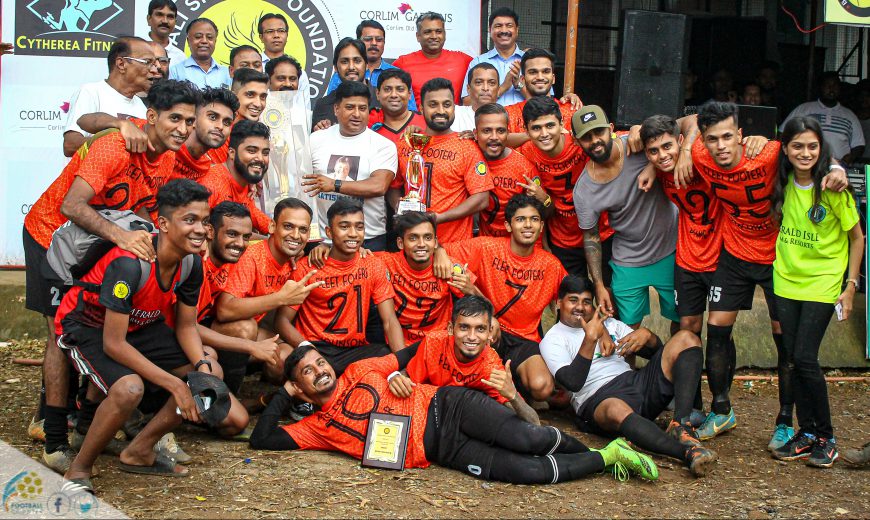 For the third time in the last three seasons, Fleet Footers FC outclassed Milan Club in the final of Borivali Premier League to make it hat-trick of titles

In the final encounter, Fleet Footers started the game in a dominating fashion, getting off the blocks in search of goals right away. They were soon rewarded with a goal when Johnson Mathew tapped in a ball from close range to make it 1-0 for defending champions. Dhawal Waghela and skipper Dane Pereira soon tripled the lead as Fleet footers entered the break with 3-0 scoreline. In the second half, Dhawal Waghela completed his brace to take the scoreline 4-0. The game ended at 4-0 scoreline with Fleet Footers lifting their third BPFL title in three years.