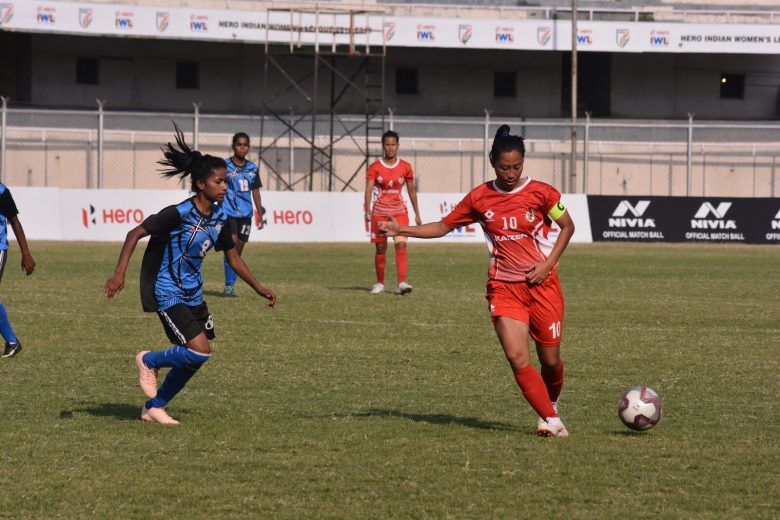 Manipur Police rode the success of their star striker Bala Devi to demolish a young SAI-STC Cuttack by a humongous margin of 10-0 at the Guru Nanak Stadium, here, on Wednesday.

The mercurial striker scored seven goals in the match – four in the first half and three in the second. It was a show of strength by Manipur Police, who were eager to bounce back after their defeat against Sethu FC.

Bala Devi was on target from the start, and she took only 10 minutes to get on the scoresheet. After getting the ball outside the SAI penalty box, she switched to her right foot, and drove the ball home. It took Bala just 5 minutes to add the second goal of the match, before she completed her hat-trick on the 41st minute. The Manipuri striker added a fourth just before the half-time break, to make it 5-0.

The second half went much in the same way as the first, as Manipur Police dominated possession and continued their intent to score goals. Bala went on to add three more goals to her name in the second half, while the likes of Rinaroy Devi and Daya Devi added two more to make the score 10-0 in Manipur Police’s favour.

With this, Bala Devi has scored an unprecedented seven goals in the match, something that puts her well in the driver’s seat for the highest scorers’ award, in the nascent stages of the 2018-19 Hero Indian Women’s League.

Player of the Match – Bala Devi

“I’m happy to score 7 goals. But it’s not about me, all the girls contributed and hence we could score 10 goals today”