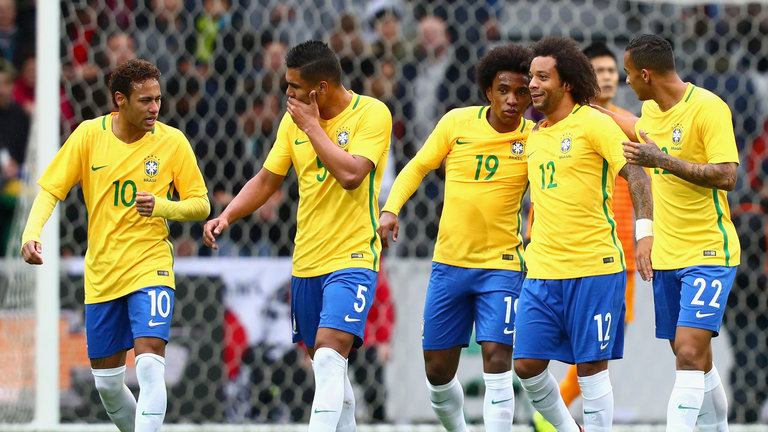 FC Barcelona had a bid rejected by Chelsea for Brazilian winger Willian.

Defending La Liga Champions, FC Barcelona are in negotiations with Chelsea for Brazil winger Willian, according to Sky Sports. Barcelona had earlier made a €56m bid for Willian but was rejected by Chelsea.

He had a decent season with Chelsea where he scored 13 goals and assisted another 12. He did a commendable job for Chelsea against Barcelona in the UEFA Champions League last season.

Willian had also attracted interests from Manchester United, but it seems like that would not happen. Willian was reportedly unhappy with Antonio Conte and wanted to leave them.

He is a versatile player and has been impressive this season. The Brazilian winger can ply his trade on a multitude of positions. He is also pacey and adept at dribbling. The 13 goals he scored this season is a testament to his goalscoring abilities.

His vision, creativity and ability to play as a transitioner make him the impeccable option for FC Barcelona. Barcelona won both La Liga and Copa del Rey last season but they were unable to get the better of AS Roma in the UEFA Champions League Quarterfinal, where they suffered a humiliating defeat in the second-leg.

Maharashtra Sub Jr. Girl’s triumphs 18-0
India U17 go down 0-1 to China U17 in opening game of 4 nation tournament