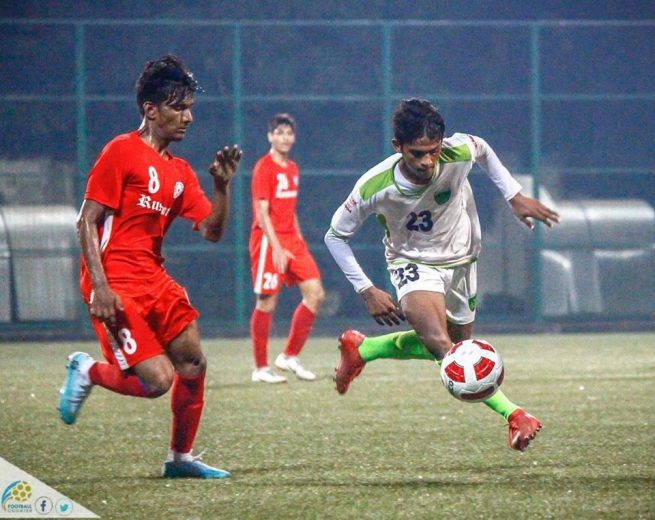 10th October 2018, Mumbai: In the ongoing U-18 Youth League Pre-Qualifiers (Maharashtra Zone), the four vacant spots for the Zonal Round has been taken up by Reliance Foundation Young Champs (RFYC), Thane – Football School of India (FSI), Iron Born FC, and India Rush Soccer Club. FC Mumbaikars bowed out after losing all their four games.

The above-mentioned teams will join Mumbai City FC U-18 and FC Pune City U-18 in Maharashtra’s Zonal Round which is set to go underway from 15th October 2018. 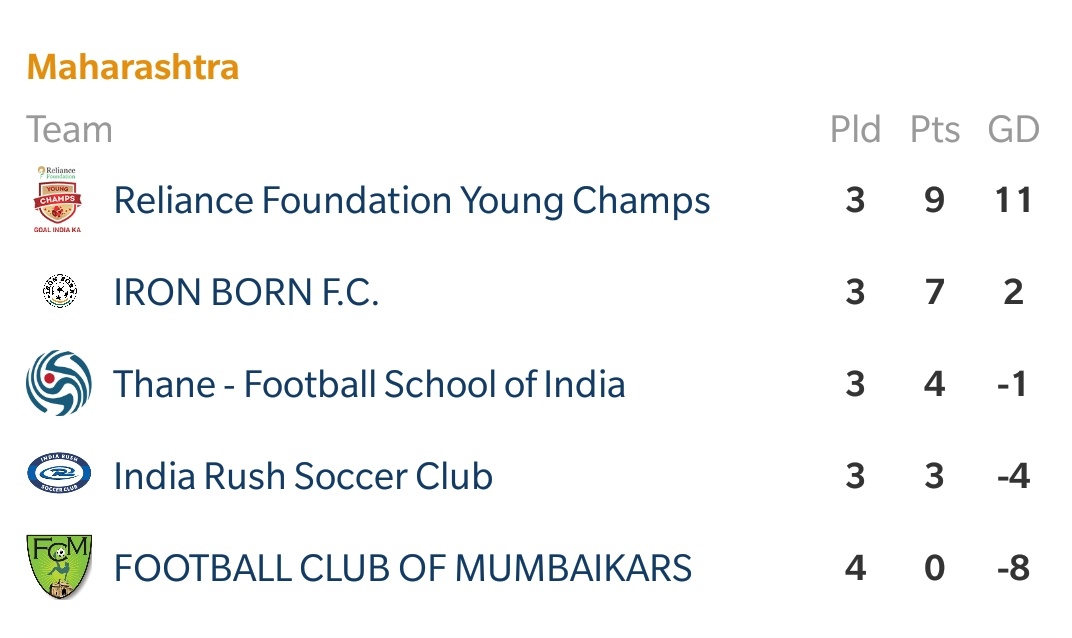 After a positive start, Iron Born FC opened the scoring with a sublime strike from Hrishikesh Balaji. Akhil Ansari’s side slowed down the tempo, kept the possession and dictated the play for the large part of the match. This turned out to be a risky move as FSI capitalized in the last quarter of the game. In the 86th minute, Sachin Bangera made no mistake from the edge of the box to slot a loose ball into the bottom corner after the Referee Ronak Gajbhiye had given FSI an indirect free-kick.

As Ronak blew the final whistle, both the energetic sides had to share the spoils in an entertaining clash. In the other game, India Rush Soccer Club left no stones unturned as they trounced Steven Dias’ FC Mumbaikars 3-0 to claim all three points. Once again, FCM failed to convert their chances into a goal for the majority of the match.

They struggled while attacking in their previous games as well against FSI, Iron Born, and RFYC. This time, Striker Tyson Jude Patel’s brace and Josiah Anthony’s strike in the 44th minute was enough to register a comprehensive 3-0 win for India Rush.