Preview: WIFA Youth Championship U-14 down to only eight teams now 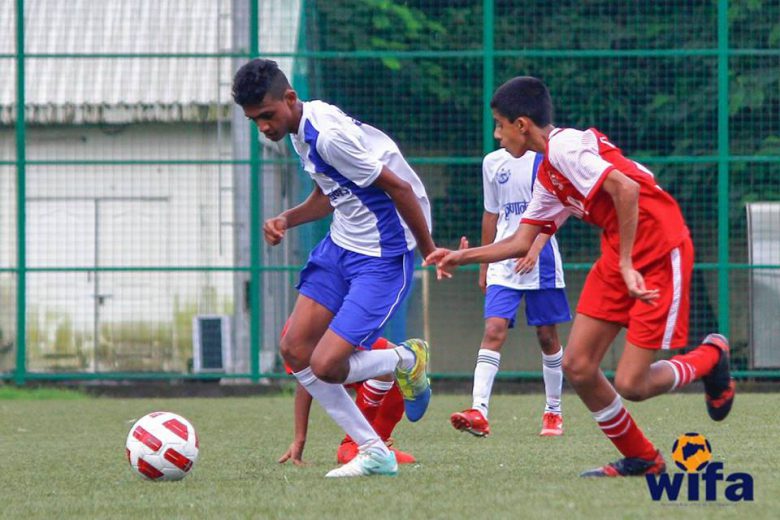 The Group Stage of the ongoing WIFA Youth Championship U-14 has been concluded. From 16 teams, we are now down to just 8 teams. Tomorrow, the likes of KMP XI, FC Pune City, Lemon Break, MSSA, NFCC, Patakadil TM, Khandoba TM, and Kenkre FC will battle it out in the quarter-finals to book their berth in the last four of the second edition of WIFA Youth Championship U-14.

In the last couple of days, Group C and Group D matches were played at the Cooperage Stadium after the completion of Group A and Group B. Both the Kolhapur-based teams Patakadil TM and Khandoba TM had an outstanding Group Stage campaign. They left no stones unturned on their course to finish at the top of their respective groups.

Patakadil’s forward Abhishek Powar is having a tremendous campaign so far while Khandoba, on the other hand, has delivered a more collective performance. Mumbai’s Lemon Break suffered a painful loss in their opening game against Patakadil but they bounced back with two huge wins to book their place in the next round. One of their wins included a whopping 14-0 victory, courtesy Mohd. Mansoori and Vivek Roy’s lethal finishing.

Nashik’s NFCC just made it to the next round but they were involved in two thrilling matches. Their clash against Mumbai’s Football School of India (FSI) and Khandoba was nothing short of a nail-biting encounter.