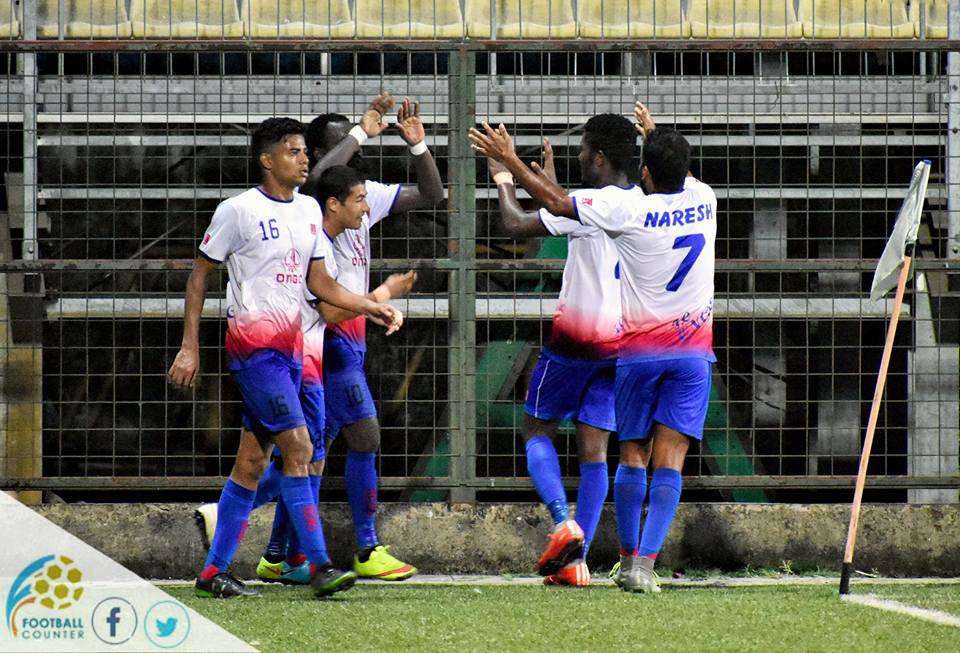 17th April 2018, Mumbai: ONGC, against all the odds, defeated defending champions Air India 1-0 to wear the crown as the new Champions of MDFA Elite Division at the Cooperage Stadium, earlier today. It was an 83rd-minute strike from ONGC’s starlet Enock Annan which turned out to be the decisive goal in a title-decider encounter.

Prior to the game, Air India had not lost a single game this season in all competitions (MDFA Elite Division and RCF Nadkarni Cup). They had a hundred percent record this season in Elite Division before facing ONGC. It looked like the first time in a while that Air India was not able to create clear-cut chances in front of goal.

Meanwhile, on the other end, ONGC came out on top right from the kick-off. They created several opportunities and defended superbly throughout the game. On top of that, ONGC retained the ball possession way more than Air India which proved out to be instrumental. At the break, the score was locked at 0-0.

Air India only had to hold in the second-half as a draw would have been enough to see them defend their title. ONGC came blazing out in the second-half, they desperately needed a goal which made them press Air India high up the pitch. Somehow, the experience defenders Santosh Koli and Tejas Raut kept ONGC’s attackers at the bay but not for more as ONGC finally broke the deadlock in the 83rd minute through Enock Annan.

Air India pushed forward to find the all-important goal but it wasn’t their day. ONGC needed a lionheart performance against a superior Air India side and they just deliver it in the right place at the right time to become the new king of Mumbai Football.